Insurance and reinsurance marketplace Lloyd’s of London has announced that Munich Re will launch the first new ‘Syndicate-in-a-Box’ through its established Lloyd’s vehicle Munich Re Syndicate Limited. 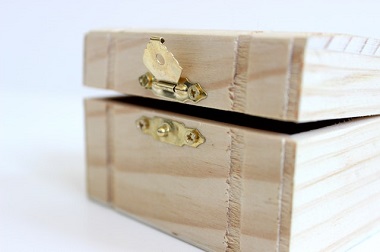 The announcement was made as part of the release of Blueprint One yesterday, which outlines how the first phase of Lloyd’s strategy for change will be delivered.

The new Munich Re Innovation Syndicate will begin underwriting on 1 January 2020 with no physical presence in Lloyd’s.

It will underwrite a range of business, including renewable energy and parametric insurance for weather risks.

Munich Re said that, “Launching this new syndicate at this time underlines Munich Re’s long-standing and emphatic commitment to innovation.”

Peter Roeder, Board Member of Munich Re, added, “We are very pleased to house Lloyd’s first SiaB in Munich Re Syndicate Ltd, and we believe that this will not only benefit Munich Re, but will provide significant advantages to the wider Lloyd’s market, which we remain fully committed to.”

The reinsurer said that the new vehicle is dedicated to the design, launch and incubation of innovative insurance products within Lloyd’s and that working with Munich Re’s specialist underwriters the new syndicate in a box will write emerging risks, green energy solutions, autonomous vehicle development and covers that mitigate the financial risks of extreme weather events, including through the use of parametric products.

Lloyd’s describes the syndicate-in-a-box initiative as a new way to bring innovative and profitable business into the market for a set period, without the need for a physical presence at Lloyd’s but still subject to the same performance and regulatory controls as all new entrants.

It is also expected to provide a testing ground for improvements, including the way Lloyd’s attracts and onboards new business.

From the beginning of 2020, Lloyd’s will begin considering applications for further participants in the pilot scheme.

Syndicates in a box must also enhance the Lloyd’s franchise by introducing new business and distribution opportunities, and/or bring new products, services, or methods of distribution to the marketplace.

Additionally, Lloyd’s said participants should aspire to become a full syndicate and must start with gross written premiums not exceeding £100m in their first year, to limit risk to the market.

Lloyd’s plans to carry out quarterly reviews and annual assessments of the Munich Re Innovation Syndicate and other participants to ensure that their business remains accretive, profitable, and delivers on its original business plan.

Edi Schmid, Chairman of Swiss Re Institute and Group Chief Underwriting Officer (CUO), has highlighted the need for the re/insurance...