Natural catastrophe modelling has become a more mainstream practice built into the workflow of major insurance companies and moved past being viewed as merely “scientists in a backroom”, according to William Forde, Senior Director of Insurance and Spatial Solutions at CoreLogic. 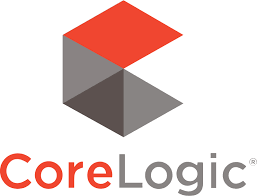 Speaking alongside the firm’s Principal & Chief European Scientist, Ivan Kuhnel, at this year’s Reinsurance Rendez-Vous in Monte Carlo, the pair told Reinsurance News that, from a nat cat modelling perspective, the industry is stronger than ever thanks to the constant evolution of new technologies.

“Modelling is becoming increasingly influenced by big data and people coming to grips with ideas around that. What we provide is a solution to managing these huge data sets,” said Forde.

Kuhnel added that when modelling catastrophes, there is a “symbiosis of three approaches”: the probabilistic, the deterministic and the forensic.

“In terms of probabilistic, what we have introduced in the past couple of years in Europe are global climate models. From that, we get all the variabilities.”

“The ultimate goal is to have a climate model being run at a resolution for weather forecast models, which is very fine, over 10,000 years.”

The Forensic approach, as noted by Forde, is something that’s particularly helpful for insurers when trying to understand the impact of an event.

“When an event happens there’s a lot of pressure on an insurer to get an impact estimate to their management,” Forde said.

“One of the services we provide now is Hail Verification in the U.S, which largely involves determining the composition and size of hail so clients can get a much better idea of what the characteristics are.”

“That’s something we’re planning on introducing initially in Germany but then potentially moving into other territories, which no one else is doing at the moment.”

“All that is underpinned with high quality property-level data,” added Kuhnel. “In combination, I think that is what makes it really outstanding.”

Forde continued by underlining the importance of exposure data, something he says is an area where a lot of people are now focusing.

“We have 4.5 billion data spanning 50 years related specifically to property around the world,” he said.

“We gather data at the point of things happening on the ground, rather than simply taking them from other sources and trying to use different methods to bring them together.”

“That’s a key message for CoreLogic: We are the provider of property-level data which, combined with best-in-class modelling, sets us apart from other companies.”