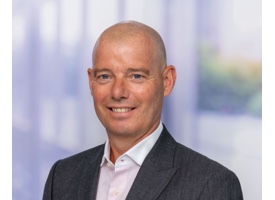 Robertson joined Canopius last year from AXA XL as Deputy CEO, and has now been handed the Group CEO role.

In this capacity, he will continue to report to Group Chairman, Michael Watson.

As Group CEO, Robertson takes on leadership in setting and achieving its strategic ambitions, advancing its distinctiveness, and delivering enhanced returns for Canopius’ shareholders.

He will also have a focus on developing the firm’s Asia Pacific, Bermudian, and U.S. operations, while continuing to build the reinsurer’s recognition as a leading London specialty insurer and reinsurer.

Watson commented: “After leading Canopius for 20 years, it is now the right time to empower the next generation of leadership for the group. Recent months have shown Neil’s exceptional talents as a motivational leader and a builder of effective teams, which will help propel us to the next level.”

Robertson added: “This is a wonderful opportunity to lead a business with outstanding potential. I have had time get to know Canopius over the last six months, and I have been hugely impressed with what I have learned and by the enormous potential of our talent to deliver sustained success.

“I look forward to continuing our work to realise our strategic objectives by building on Canopius’s established footprint, strong capital base and enviable reputation as we embark on the next exciting phase of our development.”