The Government of New Zealand has announced that it plans to double the pay out cap for residential buildings covered by the New Zealand Earthquake Commission (EQC) from NZ $150,000 to $300,000. 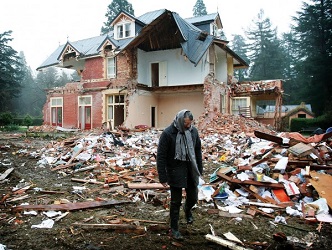 According to David Clark, the Minister Responsible for the Earthquake Commission, the higher cap will help to keep private insurance cover “available and affordable” for homeowners across the country.

But with significantly more risk being added to the pool, it’s also likely that the increase will necessitate greater reinsurance protections.

The new cap is planned for introduction on October 1, 2022 and will cover the first $300,000 of damage caused by earthquakes, tsunamis, volcanic eruptions, hydrothermal activity and natural landslips. Private insurers cover any damage above the EQC cap, which is currently set at $150,000.

“COVID has shown us how important it is to have the appropriate support available when disaster strikes. We want New Zealanders to have access to affordable residential property insurance, to ensure as many people as possible can repair their homes if they are damaged by a natural disaster,” said Clark.

“In recent years insurers have moved to a risk-based pricing for earthquakes, making the cost of insurance more expensive for homeowners in areas like Wellington, Hawke’s Bay and Canterbury. Increasing the EQC cap should lead to reduced premiums for many New Zealanders as the Crown absorbs some liability and risk from private insurers,” he continued.

Clark added that he would expect to see insurers reflect the changes in their pricing for residential property insurance purchased by New Zealanders after October 2022.

“If insurer pricing doesn’t behave as expected, the Government is open to considering options such as a competition study to give consumers assurance the market is competitive,” he cautioned.