Peak Re profits down 55% in H1 despite premium growth 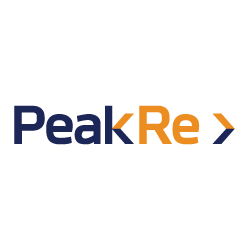 Fosun International, the Chinese conglomerate that holds an 86.5% stake in Peak Re, reported revenue of RMB 68.48 billion ($9.56 billion) for the period despite the slip in performance.

This represented roughly 52% growth year-on-year, withFosun having recorded revenue of RMB 43.51 billion ($6.01 billion) over the first half of 2018.

Fosun said in its results report that Peak Re had shown stable growth despite a difficult period for the reinsurance industry, and noted that the business had continued to make consistent profit since the commencement of its operations in 2010.

Peak Re reported net profit of just $19.5 million for full-year 2018 after its earnings were impacted by several large natural catastrophe events.

As of 30 June 2019, Peak Re’s total investment return was 2.3% (not annualized), with investable assets and net assets growing to $1.85 billion and $1.05 billion, respectively. The company’s solvency adequacy ratio was 392%.

Going forward, Peak Re will reportedly continue to focus on risk control in its underwriting segment, as well as actively allocating its investment portfolio and enhancing its level of profitability.

Additionally, taking advantage of its professional skills, Peak Re intends to actively continue with vertical acquisition on top of its organic growth.

Based in Hong Kong, Peak Re is one of the few locally established reinsurance companies in the Asia Pacific region, and underwrites both life and non-life reinsurance business.

A few months later, Peak Re created the first multi-pay cancer coverage solution for Vietnam, and is actively engaged in developing similar bespoke solutions for other emerging Asian markets, including China, India, Thailand, the Philippines, and Cambodia.