AIG management has discussed the firm’s proposed takeover of Validus Holdings during a recent investor call surrounding the deal, underlining the potential for growth in new business segments supported by Validus’ experienced leadership. 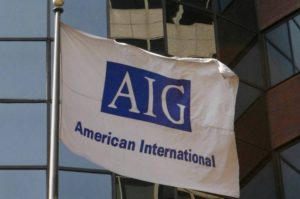 Following the announcement of a proposed $5.56 billion acquisition of Validus by AIG, the latter’s Chief Executive Officer (CEO), Brain Duperreault, explained during an investor call that there’s a lot about the company “that fits like a glove,” adding that the Validus management will improve the firm moving forward.

Duperreault explained that there’s a lot of business AIG currently does not do, stating that the firm is too concentrated in too few areas for his liking.

With the acquisition of Validus Holdings, AIG will take control of reinsurer Validus Re, an area where Duperreault is very experienced, and he explained that he particularly likes the reinsurance business as “additive to what we do.”

He continued to note an interest in getting into the Lloyd’s of London marketplace with a platform, something that will be achieved via the Validus takeover and subsequent controlling of Talbot, which Duperreault described as an “important strategic asset.”

Despite 2017 catastrophe levels driving what’s been described as moderate rate increases at the January 1st 2018 renewals, the global reinsurance market remains under pressure and highly competitive, from both traditional and alternative providers of capital.

AIG explained that following the takeover of Validus reinsurance would account for 3% of the business, and Duperreault said he thinks this segment will grow at its own pace, while AIG’s CEO of General Insurance, Peter Zaffino, said there’s a chance to capitalise on opportunities through both Validus Re and AlphaCat.

Duperreault stressed that reinsurance isn’t going away, and that property catastrophe reinsurance “is absolutely necessary” for all in the business.

“The question is how you shape your offering to match the kind of capital that is out there. In Validus we have a company that does that well, using AlphaCat and using retro, and the skillset doesn’t go away,” he continued.

Canopius, a subsidiary of Sompo Canopius, has announced the appointment of Victoria Phillips, who joins from Marsh in Singapore, as...