Uncertainty remains for some UK non-life insurers amid concerns courts might rule in favour of claims in cases where business interruption (BI) policy wording is loose, warns Fitch Ratings. 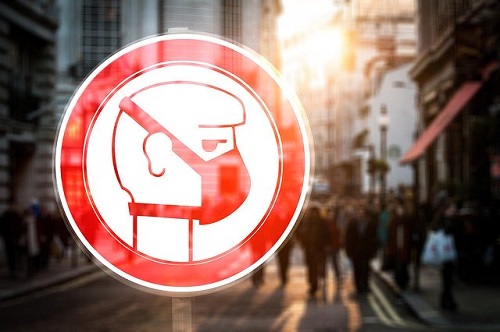 It’s been well documented that, overall, BI losses as a result of the COVID-19 pandemic are expected to be manageable owing to exclusions within standard policies.

However, as businesses across many industries continue to challenge their insurers through the courts, Fitch has warned that the credit quality for some UK non-life carriers could be affected by potential rulings on the validity of COVID-19 related BI claims.

Specifically, warns Fitch in a new report, “policy wording is crucial and courts may rule in favour of claims in cases where policy wording is loose.” Ultimately, there’s a chance that BI claims could add to claims for event cancellation as the main cost for the UK non-life insurance segment from COVID-19.

Fitch notes that the majority of BI cover in the UK marketplace is provided by the London Market, including the specialist Lloyd’s of London re/insurance market.

Towards the end of March, Fitch revised its sector outlook for the underlying fundamentals of the London market insurance space to negative from stable, explaining that the largest underwriting exposures included event cancellation, business interruption, and accident & health lines of business.

The placing of the Lloyd’s marketplace and its operating entities on Rating Watch Negative (RWN) followed, with Fitch citing uncertainty and heightened risk to the market’s earnings and underwriting performance as a result of the COVID-19 pandemic.

The ratings agency explains that it reviewed the ratings of UK non-life insurers in light of COVID-19 in March and April, which resulted in one rating downgrade, one placed on RWN, and six affirmed. Fitch says that the main stress within its assessments of the eight groups was the impact of potential liability exposure, particularly in relation to event cancellation and BI claims.

“These claims will affect underwriting results over the rest of the year and may not peak until 2021, particularly in cases where litigation is involved,” says Fitch.

For those non-life players in the UK market that write personal motor insurance, there’s been a noticeable reduction in claims as a result of fewer cars on the road and less miles driven. According to the Department of Transport, car use in the UK has declined by more than 50% during the lockdown.

But despite the reduction in claims, Fitch does not expect that this will translate to higher profits for insurers, as pressures from regulators and action groups will push carriers to return excess profits to policyholders.

Overall, the majority of the insurance companies Fitch reviewed had strong capitalisation under its rating-case assumptions. Fitch notes a few exceptions to this, where a lack of capital headroom relative to the rating level resulted in negative actions. This occurred at both Beazley and Hiscox, with both firms subsequently announcing capital raises, leading Fitch to revise the outlooks for both companies back to stable.

Australian insurer QBE has said that its reinsurance coverage should limit the costs of COVID-19 related business interruption (BI) claims...