Inga Beale, the Chief Executive Officer (CEO) of the specialist Lloyd’s of London insurance and reinsurance marketplace, recently spoke with Reinsurance News about growing protectionist measures around the world, and how this might impact the reinsurance industry. 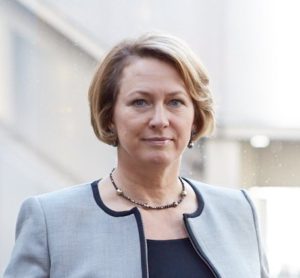 Reinsurance News met with Beale at the 2017 meeting of the reinsurance industry in Monte-Carlo in early September, and the comments below were part of the same interview where she underlined the commitment of the Lloyd’s capital base post-event.

Geopolitical uncertainty appears to be intensifying across many parts of the world, and subsequently, protectionism surrounding financial services is on the rise. Beale, discussed this with Reinsurance News, with a view to what it might mean for the global reinsurance industry.

“The way reinsurers can take on all this risk is because they’ve got a huge diversified pool coming into them. So you don’t have to be huge in this business but you do need access to risk from all over the world that doesn’t correlate.

“Some of the barriers that are coming up, with the geopolitical uncertainty around the world, and the move towards people becoming much more nationalistic, that is one of the threats [to our industry]. The increased protectionism is a threat to how the reinsurance mechanism works globally because it has to be diversified risks. Reinsurers have to take on a diversified book of risks and that is the key,” said Beale.

The Lloyd’s CEO continued to explain how certain regulators are playing a part in the growing trend.

“Also, many regulators will be saying ‘we want the risk to stay in the country. You’ve got to be here to underwrite it’. But that fundamentally means a lack of diversification. And you’ve only got to look at some examples where people haven’t had a lot of reinsurance going out of the country, they don’t have capital flowing in to rebuild after a disaster.

“So I can understand they might want job creation, but there’s no necessity to have some of these minimum retentions with a country because you need to reinsure and get the exposure out of the country for when disaster strikes. We saw the impact on New Zealand [post Christchurch quakes]. It is hugely reinsured out of New Zealand, and money flows in and rebuilds Christchurch.”

The UK’s vote to leave the European Union (EU) is viewed by many as a protectionist stance, and has raised some questions about London’s ability to maintain its status as one of the world’s leading insurance and reinsurance hubs.

The Lloyd’s market announced earlier this year that it would establish an EU subsidiary in Brussels, Belgium in response to Brexit, and Beale was eager to highlight the opportunity this gives the marketplace.

“What we’re hoping is that by being right in the heart of the EU there could be opportunities that come out of it. We will be seen as committing to the EU and the very nature of us being there we’ll be seen as less Anglo Saxon.

“We hope to have more and more people in the market who speak the local languages and understand the policies and all the differences there are between the various countries. So while we’re using it as our plan to avoid any disruption to our customers within the EU, there could also be opportunities,” said Beale.

The softened reinsurance market landscape and a mandate by the Federal Housing Finance Agency (FHFA) is driving the increased participation...