QBE Re to make Chris Killourhy managing director from September

QBE Re has said that Chris Killourhy is to become the new managing director of the firm from the beginning of September. 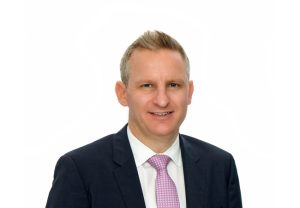 The move, still subject to regulatory approval, will see Killourhy move from his current role as chief financial officer for QBE International.

Jason Harris, CEO of QBE International, said: “We put in place an ambitious set of plans for QBE Re earlier this year and I am delighted to have someone of Chris’s calibre to drive their delivery. My thanks to Peter Wilkins who took the reins on an interim basis, and I have every confidence that resuming his role as chief underwriting officer supporting Chris will contribute to a very solid, committed, and creative senior leadership team.”

Wilkins was appointed to the role of chief underwriting officer of QBE Re in May 2022 prior to taking on the managing director role on an interim basis. Wilkins’s move to become CUO of the firm came amidst a slew of similar move when the organised restructured.

As part of the new structure, a Global Product Leader was appointed for each of QBE Re’s lines of business, reporting to Wilkins. These included Paul Horgan as head of property, Tim Barber as head of casualty, Simon Parkinson as head of accident and health, Shane Lawlor as head of specialty, and Bruno Guelle as head of life.

Killourhy is a Fellow of the UK Faculty & Institute of Actuaries and has worked for international (re)insurance and consulting companies across the globe. He also spent time with the Bermuda Monetary Authority where his responsibilities included the supervision of reinsurer capital and catastrophe models.

An announcement about recruitment for the chief financial officer position will be made in due course.