Australian insurer and reinsurer, QBE Insurance Group Limited, has reported on the details of its reinsurance renewal for 2022, which included increased costs of $50 million for its Core Group Program, as well as the addition of a new catastrophe top layer for Australia and New Zealand.

Coming out of the January 1st period, the Group characterised its renewal experience as being largely in line with expectations.

Key changes to the program include a reduction in the limit of the catastrophe top layer to $225 million, from $300 million previously, while the drop attachment of this layer was also increased to $175 million, up from $100 million at the 2021 renewal.

QBE’s main catastrophe excess of loss coverage continues to provide reinsurance protection of $2.1 billion in excess of $400 million, which is unchanged from last year. 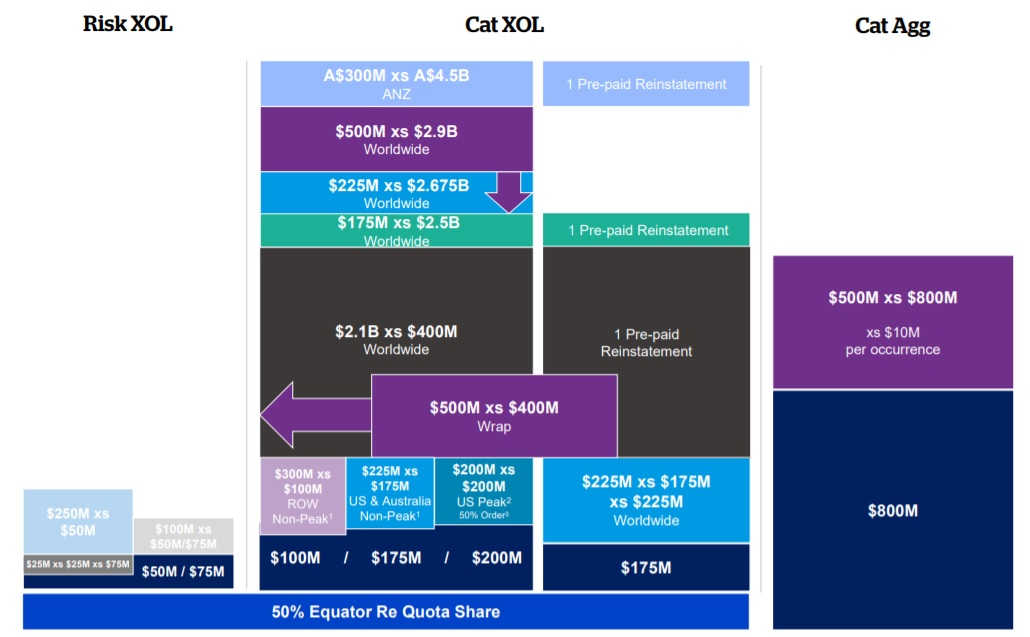 The new catastrophe top layer for Australia and New Zealand provides A$300 million of protection in excess of A$4.5 billion of losses, and includes one pre-paid reinstatement.

Additional changes include an increase to the attachment point of QBE’s aggregate catastrophe cover, which now stands at $800 million versus $625 million previously.

It may be useful to view the terms of this renewal in light of the fact that QBE has increased its catastrophe allowance from $685 million to $962 million for 2022.

The Group reported net profit of $750 million over 2021, marking a return to profitability after taking a net loss of $1,517 million in the previous year.

But its catastrophe claims were signficantly higher over the course of the year, totalling $905 million or 6.6% of net earned premium, up from $688 million or 5.8% in the prior year and 0.9% above the QBE’s increased allowance.