As the year turns the corner towards its end, it is time not only to take stock of everything that has happened in 2022, but also of what may – or probably will – come to pass in 2023. 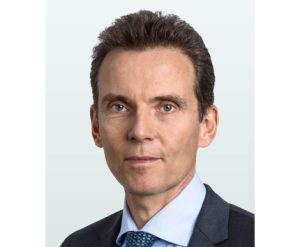 Reinsurance News recently took the time to sit with Thierry Léger, CUO of Swiss Re, around the 2022 RVS event, to gauge his predictions for next year.

The reinsurance industry is currently in a state of market hardening, and it seems that this will be a subject approached by many around the January renewals.

Léger agreed, saying it was inevitable that the theme of Monte Carlo will be that of price increases, particularly as the industry has been seeing several accelerating loss-cost drivers.

“The industry will need to pay for an increased risk landscape, but also generate improved margins,” he said. “In addition, we see demand increasing while capacity is getting scarcer in some areas. Increased risk awareness and exposures are expected to result in more demand for insurance protection across all businesses and regions, translating into a positive outlook for premiums.

“According to Swiss Re Institute estimates, advanced market commercial premium volumes will increase by $34bn in the period of 2022 to 2026 as a result of reshoring activities of supply chain.”

Not all geographies are the same, however. Across Europe, Léger said that the main topics of conversation will be around inflation and secondary perils driven by climate change.

He also said that there may be some reduction in capacity in the nat cat business. The reason, he explained, is that, “[…] many players are reducing their appetite which will likely have an impact on pricing. Yes, we see the need for rate increases also in Europe.”

The continent is also seeing a fuel and energy crisis, particularly as Russia tinkers with the Nord Stream II pipeline.

“Germany,” said Léger, “is particularly dependent on gas, including for its manufacturing base. The crisis will have protracted impact on the German economy and also Europe-wide implications.”

Around inflation, Léger said: “Re/insurers need to be compensated for inflation which will definitively have an impact on rates. Inflation is high in Europe. As it flows through to clients’ exposure valuation, we expect to see significant new demand for capacity which is likely to outstrip existing supply and exert upwards pressure on property pricing.”

Meanwhile, Léger said that the firm is working to ensure inflation is accounted for in its underwriting.

He said: “At Swiss Re, we continuously review and adapt our pricing assumptions. We also carefully manage our inflation capacity deployment to keep within our risk appetite and make sure we are adequately compensated on inflation-sensitive lines of business. We also actively engage our clients on the topic as needed.”

It is an issue, he admitted, that is more complicated than many believe.

He added: “When we warned about inflation at our RVS press conference last year, it was not such a big topic. But it’s likely to be on everyone’s mind this year. Inflation does not only come in the form of economic inflation, but we also see wage inflation, medical inflation and last but not least social inflation, all having a really big impact on the industry.”