According to data from the Florida Office of Insurance Regulation, claims data filed from insurers as of June 12th, 2018, show that the total estimated insurance and reinsurance industry loss from hurricane Irma has increased to more than $9.7 billion. 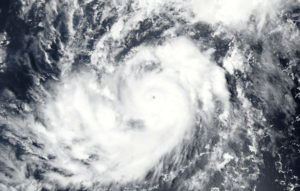 Artemis reported in April that data from the Florida regulator showed the estimated insured Irma loss to have risen to just over $8.6 billion from the previous February estimate of just below $8 billion, and now it appears this figure has increased again by roughly 13%, edging closer to the $10 billion mark.

Despite the increase, the claims estimate coming out of Florida is still some way below industry-wide estimates of U.S. insurance and reinsurance losses resulting from the event, which suggest a final bill for the industry of around $18 billion to $20 billion.

The percentage of both commercial residential (77.2%) and commercial property (68.4%) claims that have been closed continues to lag other lines of business, according to the regulator’s data.

The regulator states that it will complete a further two data calls to close out the claims reporting for hurricane Irma, with companies being required to report on both July 27th and September 14th, which in turn will see the regulator release updated aggregate claims data.