Technology provider Riskbook has rebranded itself as Supercede to launch a data-driven global trading platform specifically created for the reinsurance sector. 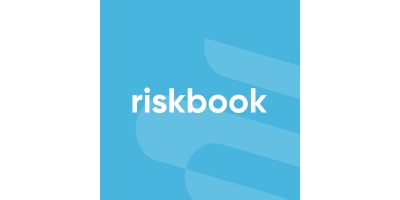 Supercede believes it will enable reinsurers to gain access to more risks and data, while brokers can gain from a better placement process, and cedents can enhance their submission quality.

“Our global platform was created in collaboration with the reinsurance community, working hand-in-hand with cedents, brokers, and reinsurers, so we know that it addresses their issues and enables them to focus on opening doors and closing deals with a wider global network, using actuarial-grade, single entry reinsurance data.”

Riskbook – now Supercede – was co-founded in 2019 by Rose and CEO Jerad Leigh, who have built 20 years of combined experience at firms such as Aon, TigerRisk and Lloyd’s.

“With a background in the business, we’ve seen first-hand how frustrating and time-consuming some reinsurance processes can be,” said Leigh.

“For instance, data submissions are a hugely complex and time-consuming process for cedents, while brokers spend too much time on compiling data rather than doing the deal, and reinsurers have to wait passively for ‘friendly brokers’ to bring them the best business.”

“It’s a really tough task, he said. “And there’s just not been any technology to help with that.”

Now, by using the Supercede platform this data can now be put into a format that can be auto-validated and analyzed to create complex exhibits without relying on the manual process of building them in Excel files.

In addition to promising significant improvements to the efficiency of the placing process, the platform will be entirely free to use, which should lead to considerable cost savings and broad take-up across the market.

“It’s going to accelerate our global adoption and usage of that tool, with no friction for either brokers or underwriters to be involved with the placement piece, or to build their professional profiles and network around the industry,” Leigh told Reinsurance News.

“And the knock on effect of that is significant price savings,” he added. “For reinsurers especially, who can now access deals from brokers around the world from their centralized hub locations. And it also improves deal flow volume.”

“But what’s more is, from the reinsurer perspective, when they receive submission files now that are in a consistent and automated format with digital submission packs attached to them, the time it takes to interrogate the underlying data and turnaround quotes and authorizations is drastically reduced. And that efficiency knocks down the value chain. We see the same thing with cedents and brokers, who, as it stands now, can take up to four months preparing the data pack from the initial effort to getting it to the market. And that’s coming down to less than a couple weeks with us.”

The launch of Supercede comes several months after the business announced a £2 million investment to help develop the platform, led by venture capital firms Episode 1 Ventures, MMC Ventures and Seedcamp.

Notably, this funding has allowed Supercede to maintain its independence, in contrast to some of the existing marketplace platforms that are available to re/insurers..

“We’re the only independent player who has not taken sort of funds from large incumbents, cedents or brokers,” Leigh said. “And that independence piece is critical for us. As we as we scale up the platform and become a solution that can be adopted more generally, it’s really important that we sort of stay completely independent in that position.”

Supercede is also differentiated by its exclusive focus on reinsurance, which means its workflows have been tailored specifically for placing a range of reinsurance products, including proportional and non-proportional treaty, facultative, and retrocession.

“In the platform space in general, we’ve had a lot of focus on the broker to underwriting relationship in both insurance and reinsurance. And it’s very important to have everybody be able to trade online. But historically, in that space, we’ve largely left the client out,” Rose remarked.

“We’re fully reinsurance focused, so for us our client is the cedent. So that’s these insurance companies’ outwards reinsurance teams, who at the moment have been somewhat left out with the conversation of how should reinsurance be done digitally. And the thing we’re really excited about is actually bringing them in to that conversation.”