Overall, the re/insurance market environment is “very positive”, but in order for the industry to be able to cover rising losses from natural catastrophes, it’s “absolutely necessary that we keep this price level in place,” according to Dr. Torsten Jeworrek, Munich Re’s Chief Executive Officer (CEO) of Reinsurance. 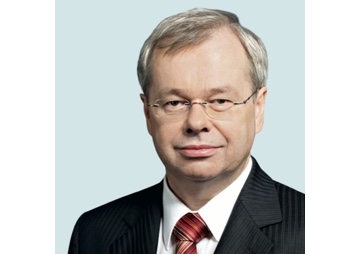 Global reinsurer Munich Re’s virtual Monte Carlo started today with a presentation and Q&A with leaders from across the company.

Alongside the cyber market, systemic risks, and the importance of the ongoing digital transformation, speakers commented on current market conditions amid a recent flurry of catastrophe events.

According to Jeworrek, the positive market environment is being driven by the digitisation of the industry, and also the ongoing stable environment in reinsurance as a result of changing risk perception and the loss experience of recent years.

This all started with the trio of Atlantic hurricanes in 2017, explained Jeworrek, but also includes other events like social inflation in the U.S., a series of aviation losses, and also the rise in losses from unmodelled, or less-modelled perils such as wildfires in the U.S. and Australia, and the recent floods in parts of Europe.

In light of this, rates increased as “both the insurance and reinsurance industry had to take action to catch up with these trends in the underlying development,” said Jeworrek.

Adding: “We are convinced the market environment is positive, but it’s absolutely necessary that we keep this price level in place, otherwise it would be very difficult to cover these risks in the future.”

During the Q&A, Jeworrek noted that catastrophe losses are Munich Re’s normal business, and that it’s able to cover these so long as the price is right.

“What is still an issue and where we still have to improve as an insurance industry, is that we also catch up in the modelling of the so far unmodelled or less-modelled perils, particularly the wildfires in the United States, wildfires in Australia, flood losses and some others,” he said.

In Jeworrek’s opinion, it’s unavoidable that big cat events such as hurricane Ida, the ongoing wildfires in California and other parts of the world, and the recent flooding in Europe will lead to further rate improvements, particularly in the property cat business.

“The market environment leads to an expectation that rates have to stay or improve further from where they are, that is a global statement. However, that is of course not to the same extent applicable in all countries, in all lines of business, on all individual reinsurance / insurance relationships,” said Jeworrek.

In the casualty reinsurance space, he explained that it depends to some extent on the inflation trend.

“And here, we will really have to reprice the business. And depending on the region, depending on the trends, it has to lead to price increases. So, this picture is not homogeneous over the world, but we expect at least the stabilisation, if not further increase of prices depending on the individual situation,” said Jeworrek.