Analysts at Berenberg consider a trend of underperformance among reinsurers as “ripe for reversal” following a strong January 2022 renewal period, which saw rate rises of more than 10% for natural catastrophe risks in many cases. 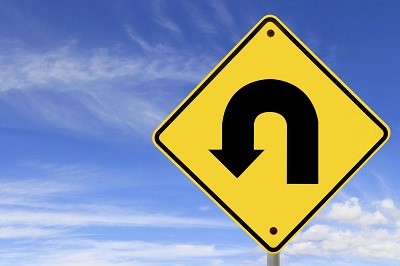 Berenberg views the global reinsurance sector as having performed poorly in 2021, largely due to the continuation of elevated catastrophe losses.

The industry had a particularly difficult start to 2021 with unusually higher-than-average Q1 natcat losses, mainly due to Winter Storm Uri, with industry loss estimates of around $15 billion.

And, while Q2 was relatively benign, the European flood losses in July, combined with Hurricane Ida in August, did nothing to allay investor concerns about the earnings potential of these names.

Additionally, ongoing uncertainty about COVID-19 losses, mainly in life reinsurance, along with the trend for preferring banks to insurers and concerns about inflation’s impact on the sector, resulted in a subsector that has done nothing but tread water over the past year.

Nevertheless, Berenberg saw Q4 as relatively uneventful, with only the “quad-state tornado” in December making the mainstream headlines and, while this could be a mid-single-digit-billion-dollar loss, it is undoubtedly manageable for the sector.

As such, analysts anticipate that the FY 2021 results will meet the various guidance given at the 9M 2021 results, with some potential for upside surprise.

Consequently, rates are, on the whole, are continuing their upward trajectory, and Berenberg believes that early indications from the 1 January 2022 renewals show a continuation of the hardening trend, albeit with increasing fragmentation between loss-hit and non-loss-hit business.

While 1/1 has been seen as one toughest renewal sessions for cedants and brokers for many years, Berenberg is confident that rate increases have kept pace with expectations, with pricing largely dependent on loss experience.

“As such, we remain comfortable that our expectations going into the renewals of low- to mid- single-digit percentage increases overall could prove relatively conservative,” Berenberg concluded.

“It is also worth noting that years of high natural catastrophe losses are often followed by strong outperformance from the reinsurers and the London Market speciality groups,” analysts continued. “We believe this is indicative of the fact that investors remain concerned that catastrophe losses will continue to escalate, resulting in an industry that is forever chasing its tail, while COVID-19 (especially in life reinsurance) has continued to be a headwind to earnings.”

“However, we remain of the view that the underlying earnings power of these groups is much stronger than is currently appreciated by the market, with better terms and conditions and more to go as rates continue to rise, albeit likely at a slower pace.”