Global reinsurers are increasingly pressuring their US primary life insurer clients to charge higher premium rates for people who use e-cigarettes, according to reports from Reuters. 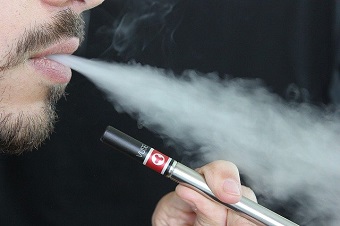 People that vape or smoke have both typically had to pay almost double the premiums of non-vapers or non-smokers.

However, new warnings issued by major reinsurance companies could prompt underwriters to start charging certain vapers higher rates than smokers, or even exclude them altogether.

For example, Hannover Re, which already advised life insurers to treat vapers like smokers, has called for extra caution when insuring people under 25, the reinsurer’s US medical director told Reuters.

The guidance follows a spate of lung illnesses in the US that have been linked to vaping, with under-35s accounting for 80% of those affected.

A majority of these illnesses have been tied to the use of vaping products containing THC, the main a psychoactive chemical found in cannabis.

While THC products are legal in some US states, in others they are often obtained from unregulated or unlicensed sources.

French reinsurer SCOR has recommended that life insurers exclude individuals who use vaping products containing THC, as well as other chemicals that US authorities consider as likely to cause lung issues.

However, SCOR also wants insurers to treat regular vaping in the same way as smoking, due to the toxic effects of nicotine.

Swiss Re shares this view, and Global Chief Medical Officer John Schoonbee told Reuters that the reinsurer has asked its clients to make extra checks on whether vapers are using cannabis products.

In addition, Stephen Cooley, Chief Medical Underwriter at PartnerRe Life & Health, said that life insurance rates for vapers are likely to remain the same as smoker rates “at best,” but added that more research on the long-terms effects of vaping is still needed.

Vaping is more strictly regulated in the UK and parts of Europe, and has been recognised as 95% safer than smoking by Public Health England. Vaping liquids that contain THC are also banned.

But 12 of the 13 life insurers contacted by Reuters in Europe, South Africa and the US said they currently treat vaping like smoking.

Most have taken this stance for years, the publication said, although a handful have changed over the past year.

No companies in this group are treating younger vapers differently at present, although one insurer said it was monitoring statistics on increased deaths or illnesses for this demographic.

The North American operations of global primary re/insurance group QBE has promoted Mark Pasko to the role of Chief Legal...