Relation appoints CFO and Head of M&A, adds Jeff Greenberg to Board 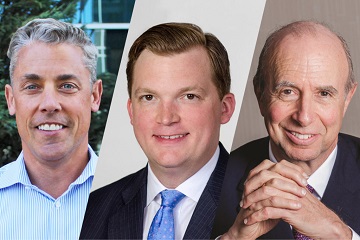 Additionally, following the announcement of its acquisition by Aquiline Capital Partners LLC in February 2019, Relation has added Jeff Greenberg, Chairman and Chief Executive Officer (CEO) of Aquiline, to its Board of Directors.

Prior to founding Aquiline in 2005, Greenberg was the Chairman and CEO of Marsh & McLennan Companies, Inc (MMC).

McKechnie brings more than two decades of investment and operating experience in the insurance industry to his new role as CFO, and also joins the company from Aquiline, where he most recently served as operating partner and advisor to several financial services-focused investors.

Prior to Aquiline, McKechnie worked with Swiss Re for more than 17 years, initially as part of the formation of Securitas Capital, LLC, a private equity fund focused on investments in the insurance industry.

During his tenure, he held several key investment and operating positions, including leading Swiss Re’s Group Strategy, as well as its global M&A/Corporate Development and the Principal Investments Group.

Previously, he was a Vice President in Macquarie Capital’s Financial Institutions Group, focusing on executing M&A and financing transactions for clients across the insurance sector.

As a member of the executive team at Relation, Hall will be responsible for the broker’s M&A initiatives nationally across the organisation.

“With the backing of Aquiline and the addition of three of the insurance industry’s most respected leaders, who bring decades of expertise in successfully growing insurance businesses both organically and inorganically, Relation is poised for significant growth,” said Joe Tatum, CEO at Relation.

“As we look to the future and the exciting new chapter, our goal is to build a 100-year-old company by having the best resources, talent, and innovative tools and strategies in our industry,” he added.