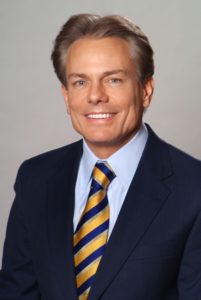 Paiano will report to the Hartford’s Chairman and Chief Executive Officer (CEO) Christopher Swift, his appointment is effective from July 1st, 2017.

Swift thanked outgoing CRO Rupp for his “service and dedication,” commenting that “Bob Rupp has led the Enterprise Risk Management operations to best-in-class recognition during his time with The Hartford.

Swift said; “Robert Paiano is the ideal executive to lead our Enterprise Risk Management function. He has deep knowledge of The Hartford’s operations and broad industry experience, along with the leadership background necessary to oversee market, insurance and operational risk for the enterprise.”

Paiano served as corporate treasurer since 2010, overseeing capital and liquidity management, corporate banking and treasury operations, after having joined The Hartford in 1996 as senior vice president of corporate finance.

Rupp will be leaving the insurer with flying colours after starting with The Hartford in November 2011, achieving rating agency upgrades for risk controls, and playing an instrumental role in winning an award for Best Governance, Risk, and Compliance Program at a large-cap company by the New York Stock Exchange Governance Services.

He also received recognition from the Global CRO Council, and a Military Friendly Employer designation from Military Times.

Rupp was named CRO of the year by Risk Magazine in 2015.

He will continue to work as a risk-management advisor to Chairman and CEO Swift until the end of December, 2017.

International reinsurance brokerage JLT Re subsidiary, JLT Re (North America) Inc., has announced the appointment of John Paulsen from Guy...