Saudi Arabia’s central bank plans to introduce a new supervisory framework for insurers with stricter rules in a move to improve the strength of industry players that have been hit by the Saudi recession, according to Reuters. 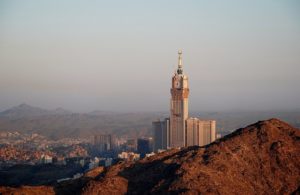 The new regulation will require insurers to hold more capital and improve internal risk controls, which could drive increased demand for reinsurance protection.

“They (central bank officials) said half of the companies that are here today will not be here,” a source told Reuters.

“They want stronger companies in the market.”

Current regulation requires firms to hold a minimum of $27 million for insurance transactions and $54 million of capital for reinsurance activities.

Reuters’ sources said the sector has been struggling along with the Saudi economy which entered into a recession this year, highlighting the plight of health insurance in particular.

The insurance sector has been plagued by insolvency, with problems arising after the industry was liberalised 10 years ago in an attempt to stimulate the re/insurance industry to help reduce the country’s reliance on oil.

Reuters said ten of the companies licensed in the liberalisation period have since become unprofitable, and over the last year 11 firms have been temporarily suspended from issuing new insurance policies.

Bermudian insurer and reinsurer, AXIS Capital Holdings Limited, has announced the completion of its acquisition of Novae Group, after receiving...