Soft reinsurance market a plus for Caribbean insurers: A.M. Best 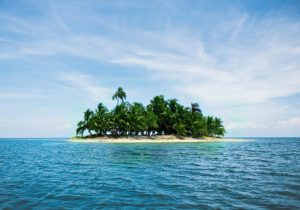 In a recent industry note, analysts at A.M. Best have underlined the extensive use of reinsurance protection by all Caribbean general insurers that underwrite property business, a region highly vulnerable to a broad range of natural disasters, including flooding, hurricanes, and even earthquakes.

In the current, softening reinsurance market cycle returns are down for reinsurers, driven by a lack of large loss activity and high competition from an abundance of both traditional and alternative capital. But while these headwinds are clearly testing the resolve of global reinsurers, for insurers in the Caribbean the soft market has been plus.

A.M. Best, explains; “Although there have been several hurricanes in the Caribbean in recent years, the lack of a significant event and the below average frequency of hurricane activity, coinciding with excess capital in the reinsurance marketplace, have resulted in lower reinsurance costs for the region’s general insurers.

“Lower reinsurance costs and competitive market conditions are contributing to the lower rates for coverage that primary companies are charging and the soft market pricing environment.”

Furthermore, and in order to moderate volatility, Caribbean insurers make use of both proportional and non-proportional reinsurance coverage, which A.M. Best says can include features such as “reinstatement premium protection, clash coverage, and cash calls, as well as territory or regional-specific terms.”

In fact, according to A.M. Best somewhere between 75% to 80% of a property book of business is typically ceded to the global reinsurance sector.

Throughout the softening reinsurance market, certain primary players in all parts of the world have reportedly benefited from the abundance of efficient reinsurance capacity, with some renewing transactions on improved terms and conditions while expanding the volume of reinsurance protection secured, often at a reduced cost.

And the same appears to be true for Caribbean property underwriters, which, generally place their limits based on management’s risk knowledge, which is typically above catastrophe modelling probable maximum loss estimates offered by the broker community.

“However, in A.M. Best’s opinion, although the quality of data used in catastrophe modeling throughout the islands is improving, it is still somewhat deficient in terms of the building materials used in the region, types of roofing structures, and mechanical systems,” warns the rating agency.

The Philippine Insurers and Reinsurers Association (Pira) has announced plans to continue to lobby for lower tax rates for non-life...