Storm Imelda losses will reach into hundreds of millions: Aon

Tropical Storm Imelda, which caused devastating flooding after making landfall in Texas earlier this week, is expected to cause hundreds of millions of dollars of total economic losses, if not more, according to re/insurance broker Aon. 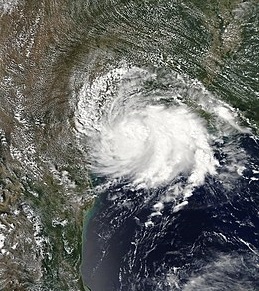 Imelda brought wind speeds of 40 mph and more than 40 inches of rain to the state, heavily impacting the greater Beaumont region and areas near Houston.

The storm resulted in widespread flash-flooding, with evacuations in place for many communities that had previously been flooded by Hurricane Harvey in 2017.

Due to the high proportion of flood-related damages from Imelda, Aon anticipates that a lower-than-normal portion of the economic cost will be covered by private insurance.

With damage assessments still ongoing, it currently remains too early to put a specific number on the damage caused by Imelda in Texas, but Aon’s analysis indicates it will be a major loss event for the state, and a significant one for the re/insurance industry as well.

With 40 inches of rainfall recorded in just 72 hours, Imelda was the seventh-wettest tropical cyclone in US history, and dumped around 30% of the annual expected rainfall for Texas in this time.

It also marks the second top 10 US tropical cyclone rainfall event to affect the same county (Jefferson) in three years, after Harvey dropped a modern US record of 60.58 inches of rain near Nederland in 2017.

In addition to widespread flooding, some damage was reported due to other severe weather effects, with reports of a tornado damaging several buildings in Baytown on September 18.

The storm gradually weakened after making landfall and tracking further into Texas, although torrential flooding rains and gusty winds persisted through until September 20.

Analysts noted that, had the storm remained over water for even another 24 hours, Imelda could have potentially undergone significant strengthening prior to coming ashore.

A similar scenario occurred in 2007, analysts warned, when Hurricane Humberto rapidly strengthened near the Texas coastline, making landfall as a Category 2 storm with wind speeds of 90 mph.

Cyber risk quantifier Cytegic has launched its own insurance unit in a move it says will help support the industry...