Global reinsurance giant Swiss Re has announced the appointment of Mathias Jungen as Head of Reinsurance for Brazil and the Southern Cone, and that he will act as President of Swiss Re Brasil Resseguros S.A., succeeding Margo Black. 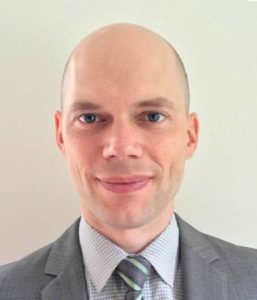 Jungen joined Swiss Re in 2006 and has held a number of roles in both Switzerland and the U.S., before recently relocating to Sao Paulo, Brazil. In his new role he will report to Urs Baertschi, President of Reinsurance Latin America, Swiss Re.

His appointment to President of Swiss Re in Brazil remains subject to the relevant regulatory filing and related approvals.

Commenting on the appointment, Baertschi said; “Mathias and the team will continue to strengthen Swiss Re’s business relationships with our customers and other stakeholders in the southern cone region, reinforce Swiss Re’s commitment to Latin America, and maintain Swiss Re’s focus on making the world more resilient.”