Tesla, the Elon Musk-led automotive and energy company, is reportedly working on plans which would see the firm develop its own insurance product. 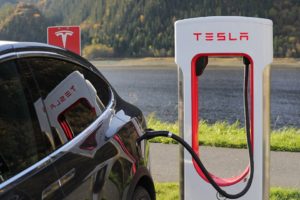 Speaking in an earnings call with analysts this week Chief Executive Officer Musk claimed the product, which he says could launch in as soon as four weeks, will be “much more compelling than anything else out there.”

The move would most likely see Tesla’s Autopilot system being leveraged to drive down policy costs for drivers.

Autopilot enables the car to steer, brake and accelerate automatically. Not only has the system been shown to reduce the rate of accidents on the road, but the quality and quantity of data it collects can help create a highly-defined risk profile of a car and its driver.

“As we launch our own insurance product next month, we will certainly incorporate that information into the insurance rates,” said Musk.

He later added that Autopilot information is already being shared with insurers in an effort to help reduce rates.

Update: We learned that State National is set to front the insurance program for Tesla.

Rising expense ratios and a steady but "relentless" decline in the underlying return on equity (RoE) is challenging the profitability...