The Rt Hon. David Johnston rejoins Fairfax as a Director

Canadian property and casualty insurer and reinsurer, Fairfax Financial Holdings Limited, has announced that The Right Honourable David Johnston has rejoined the firm as a Director. 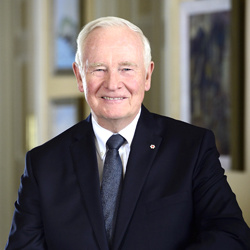 Previously, Johnston served as a Director of Fairfax but was required to step down from that role following his appointment as the 28th Governor General of Canada from 2010 to 2017.

Throughout his career, Johnston has held numerous distinguished management and leadership roles in both academia and government. As well as serving as the acting Governor General of Canada, he also served as principal and vice-chancellor of McGill University for 15 years, and also as the president and vice-chancellor of the University of Waterloo.

Additionally, Johnston has served on a number of provincial and federal task forces and committees, including acting as president of the Association of Universities and Colleges of Canada, and of the Conférence des recteurs et des principaux des universités du Québec.

He is a member of the Order of Canada and was promoted to companion, the Order’s highest level, in 1997. Johnston was also the first non-US citizen to be elected chair of Harvard University’s board of overseers. Currently, he sits on the board of Horizon North Logistics Inc.

According to a new report by Fitch Ratings, property & casualty insurers that specialise in the E&S market are seeing...