Hedge fund backed reinsurers Greenlight Capital Re and Third Point Re both reported negative investment returns in the final month of 2018, contributing to negative returns for the full-year and once again bringing the efficacy of this business model into question. 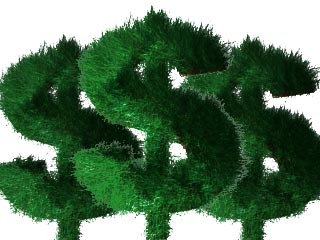 Greenlight Re recorded its steepest monthly decline of the year in December 2018 of -8.9%, which, combined with nine other months producing negative returns, saw the firm record its lowest ever year-end investment return in 2018, at -30.2%.

The company states that its -8.9% return in December represents estimated investment income (net of fees and expenses) of -$51.6 million.

The hedge fund backed reinsurer only recorded investment gains in two months of the year, at 2.6% in May and 1.2% in October, with every other month recording a negative return, ranging from December’s -8.9% high to -0.2% in July.

While less dramatic, the performance of hedge fund style reinsurer Third Point Re also struggled in 2018, with a -6% return in December contributing to a year-end investment return of -10.7% for the firm, its weakest year-end result and someway off the positive 17.8% return it recorded in 2017.

For both companies, the negative investment returns recorded in December will have a negative impact on their fourth-quarter and full-year 2018 performances. Hedge fund backed reinsurers, which look to offset poor underwriting returns with investment gains (and vice versa when market conditions change), have struggled in recent times and it seems 2018 was another challenging year.

Competition remains intense in the global reinsurance industry and the investment landscape also remains challenging and volatile, as evidenced by the returns posted by Greenlight Re and Third Point Re throughout 2018.

At the same time, it’s important to remember that the U.S. stock market experienced its worst performance since the 2008 financial crisis, so it was always going to be a challenging year for hedge fund players such as Greenlight Re and Third Point Re.

The underwriting performance of the pair in both Q4 and for the full-year 2018 remains to be seen, and it will be interesting to see if the recent trend of divergent performance in a challenging market landscape persists.