There’s opportunity to grow in a promising Asian market: Peak Re CEO Hahn

Despite the impacts of the COVID-19 pandemic, the Asian reinsurance market continues to evolve and the fundamentals are promising and present an opportunity for growth, according to Franz Josef Hahn, Chief Executive Officer (CEO) of Hong Kong domiciled reinsurer, Peak Re. 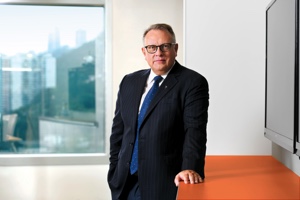 “From an insurance and reinsurance perspective, Asia has been less hit by the pandemic because we had so many epidemics before,” said Hahn in a recent interview with Reinsurance News.

He explained that because of SARS and other outbreaks in the region, policy wordings were prepared well before the emergence of COVID-19.

This, combined with a lack of demand for business interruption protection in Asia when compared with the U.S. and Europe, for example, has led to a fairly benign experience on the claims side.

“But, of course, what happened on the economic side in the aftermath of the pandemic is something completely different. It’s not the same answer as usual, it’s in a bullish situation and Asia is going to grow very strongly,” said Hahn.

According to Hahn, the fundamentals for Asia Pacific are “fantastic and still the same.” This can be seen in the growth in the middle class society, which is truly remarkable as roughly 160 million additional members enter this segment of society every year across Asia.

“And, so, if you take a clean view as to penetration, it is still very low and it’s rising only slowly. Specifically for China, it doesn’t mean that the market is not active in closing the gap, but there are so many new entrants in countries across Asia, and they all contribute to it. But the major contribution derives from China. And, so, for the current market environment the recovery is very mixed,” said Hahn.

Clearly, with such a burgeoning middle class there’s real potential for greater demand for insurance protection, which in turn will drive up demand for reinsurance in the region as well.

For Peak Re specifically, Hahn told Reinsurance News that the greatest opportunities are still in the Asia-Pacific region where it looks after local market players.

“In addition, we looked at the developed markets to diversify within Asia, and at a later stage of the development we built our capabilities in life and health, specifically for Asia to start with. Then we started to branch out into Europe as well as into North America and underwrite risk there. It is a perfect diversification for our portfolio in Asia Pacific,” said Hahn.

Adding that, “Given the increase in natural catastrophe and casualty product prices in North America in recent years, we were very optimistic and said, let’s take part in this.”

Elevated cat losses and pandemic impacts, combined with the still low interest rate environment and a general push for improved margins through disciplined underwriting, means that reinsurance rates are expected to remain favourable at the upcoming renewals, notably for loss-affected parts of the business.

But as well as stronger pricing in North America, Peak Re has also seen the strengthening of pricing for its business in Asia, although Hahn noted that there are different elements responsible for this.

“How you structure a portfolio is one; it’s not just the original price. But, there is price strengthening to be reported from the local markets, specifically in China,” said Hahn.

Against this backdrop, Hahn concluded that Peak Re will continue to grow in the same way it always has.

“We will be growing our home markets and these are the key markets for us. And then we see that we can also participate in the market developments in the other developed markets in Europe, as well as North America. And in that order we will further grow.

“We are not necessarily specialised on specialty lines, but we really look after the indigenous insurance companies in their own markets, and work with them on their portfolio development and portfolio protection,” said Hahn.