Analysts at risk modelling company Russell Group have warned that $120 billion of trade flows could be delayed, with ongoing Chinese power shortages a major factor. 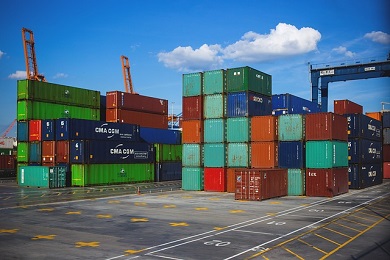 Shortages have already caused factories in the provinces of Jiangsu, Guangdong and Zhejiang to shut down or move to a three-day week, many of which produce steel products, plastics, home appliances, chemical and textiles.

Some of China’s key ports including Ningbo, Guangzhou, Yantian and Shekou are located within the affected provinces, and Shanghai and Ningbo also process many of the container exports from the Jiangsu province.

“At the moment, it seems that nearly every week or so, there is a major trade disruption at one of the world’s largest ports whether that is China or the United States,” said Suki Basi, Managing Director of Russell Group.

Now, once again, factories in China and key ports that service them are facing power shortages that threaten suppliers, corporates and consumers.

“With the launch of these figures, what I would like to stress is that corporates and indeed their re/insurers need to start taking preventative action to ensure that their supply chains are resilient to disruption, as trade disruption will be a continuing issue in the near future,” Basi added.

According to Russell’s analysis, disruption at Yantian port from 28th September to 28th October, could result in total disruption worth $20 billion, made up of $9 billion of disruption to imports and $11 billion to exports.

For other ports, Ningbo could face $17 billion of disruption in this timeframe, while Shanghai could face $14 billion, Guangzhou $8 billion, Shekou $6 billion and Jiangsu $54 million.