Programmatic re/insurance risk transfer marketplace, Tremor Technologies, has launched a new feature for reinsurance buyers that allows for the exploration of pricing for different structures and perils in advance of making a purchase.

Insurers looking to find the most competitive prices for reinsurance coverage can now use the Tremor platform to request market pricing for multiple structures and multiple perils simultaneously, then decide how much of each to buy and at what uniform price.

“We believe that Surveyor is a game changer for reinsurance buyers, further enhancing the Panorama pricing and placing platform,” said Sean Bourgeois, Tremor’s founder and CEO.

“With Surveyor, buyers do not need to have a final structure decided in advance or a firm position on critical perils before seeing the entire market of real prices – not rough estimations, the entire market,” he explained.

“And it goes further – why make a binary decision when optimization tech like Tremor’s allows the buyer to blend? Why should insurers need to decide to include or exclude Cyber coverage from a reinsurance layer or an entire tower when they can buy 30% Cyber if the price is suitable? Panorama Surveyor delivers this power to buyers while allowing capacity providers to bid exactly as they want for what they want.” 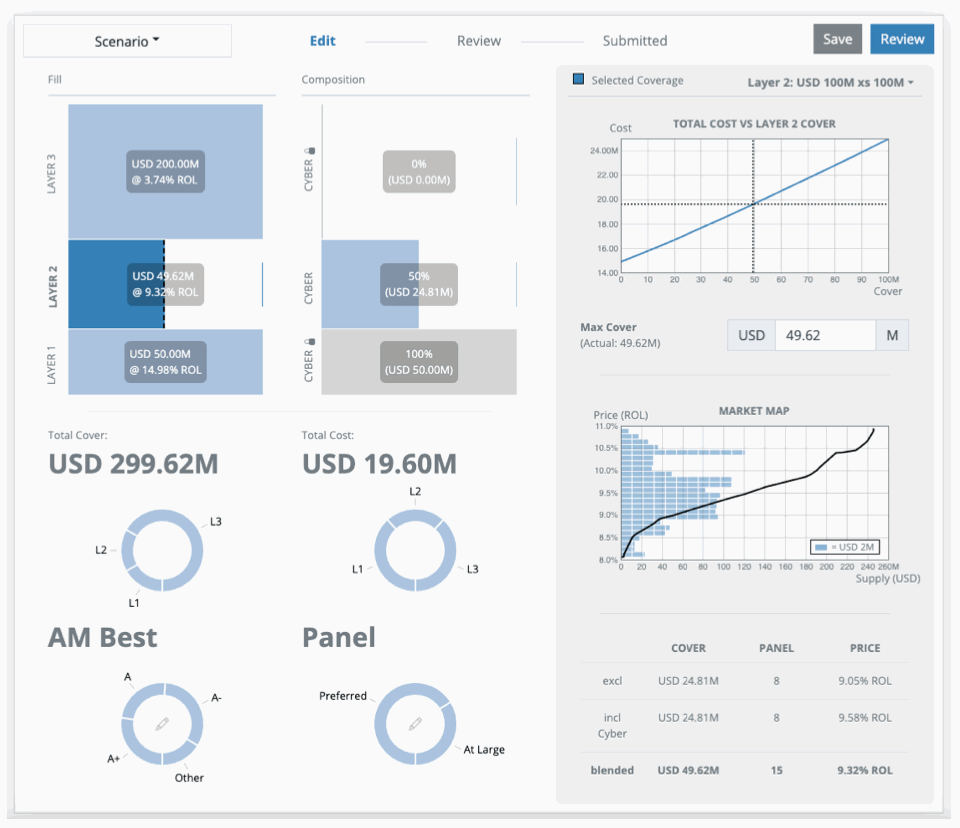 Since then, its growth trajectory has exceeded expectation, with Tremor having now secured agreements with eight major reinsurance brokers representing more than 95% of global placements.

In June, Tremor reported that insurers leveraging its platform sought over $700 million in capacity from reinsurers in the month of May alone.

Tremor says the new Panorama Surveyor feature represents its continued modernisation push towards an an efficient reinsurance market that perfectly matches risk to capital, powered by its existing optimisation tools.

“Panorama is proving this out as more and more cedents adopt the technology for their reinsurance purchases,” the company stated. “All major reinsurance brokers have signed up to the platform as well, all having placed significant transactions in the last few quarters. 2021 has been an exciting year for the company, currently on track to triple volume as the industry moves into the busy year-end period.”