The Government of Madagascar is set to receive a payout of USD 10.7 million from the African Risk Capacity (ARC) following the impacts of tropical cyclone Batsirai, which ripped through central and southern Madagascar on the 5th of February 2022. 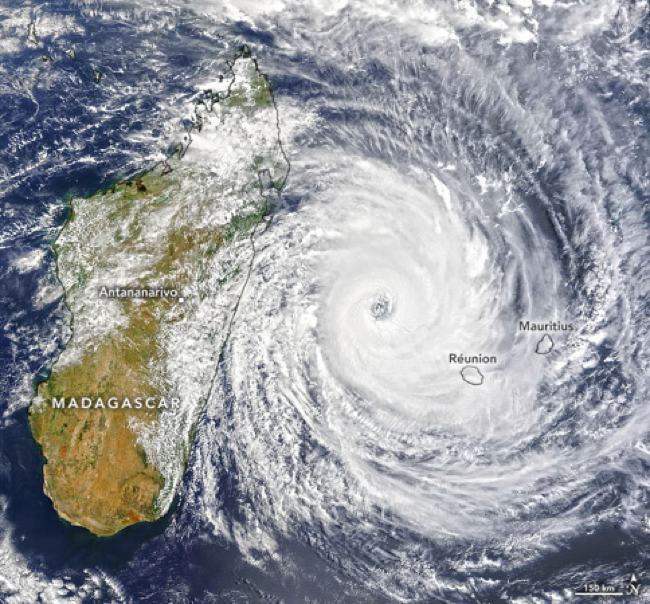 The storm claimed the lives of at least 121 people in Madagascar after striking the region with gusts of 146mph, with reports that entire villages have been almost completely destroyed.

Strong winds and rains battered the country and led to the displacement of tens of thousands of people, and came just weeks after the country was devastated by tropical storm Ana in January.

ARC, a parametric sovereign disaster risk insurer for African nations, has now reported that its Tropical Cyclone model shows that more than 6 million were identified as exposed to tropical cyclone Batsirai.

“Over 61,500 people were displaced, 121 people lost their lives, 19,000 homes and 4,500 classrooms were damaged based on reports from the Malagasy Disaster Management Agency (BNGRC),” says ARC.

Adding that, “This catastrophic event has triggered an insurance payout of USD 10.7 million from the African Risk Capacity Group (ARC) to support the Government of Madagascar and its people to build back better.”

Madagascar has benefited from ARC’s parametric insurance coverage in the past, receiving a USD 2.3 million payout in 2020 after its parametric drought policy was triggered in the previous growing season.

But this new USD 10.7 million payout is, we believe, the first under one of its cyclone insurance policies, which it launched in late 2020, with Madagascar being the first country to purchase that protection.