A new note from Twelve Capital says that Typhoon Nanmadol, which is battering Japan, is likely to causes losses high enough to attach at least some higher-risk reinsurance programs. 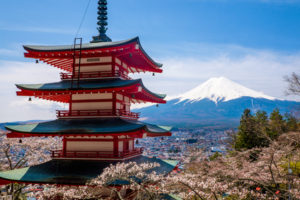 The typhoon, which hit the Japanese island of Kyushu on September 18th with reported wind gusts as high as 150mph, has led to more than 350,000 homes being without power and with over nine million people told to evacuate.

Heavy damage is expected in the coming days when the typhoon moves north from Kyushu into the rest of Japan.

Twelve Capital wrote in its event update: “Nanmadol will most likely cause insured losses totalling several billion USD, but exact figures have not yet been released by modelling agencies. In any case, we would expect this event to be significant for Japanese insurance carriers and for losses to be high enough to attach at least some higher risk reinsurance programs.”

It added: “As the event is still ongoing, it is not yet possible to reliably estimate the impact that this storm might have on ILS positions, but readers are reminded that Japanese windstorm risk is not a key geographical concentration for funds managed by Twelve Capital with total exposures typically being in the low single digit percentage area.

“Also, most Japanese Cat Bonds are quite loss remote, and a triggering would require a major natural catastrophe. Attention also will need to be paid to aggregate structures and potential attachment erosion until the end of the season.”

Reports on our sister site Artemis in recent days have spoken about how the typhoon could be more damaging than typhoons Jebi and Hagibis.

At a news conference, a Japanese Meteorological Agency official likened the damage potential of typhoon Nanmadol to the two most recent impactful typhoons to strike Japan, Jebi and Hagibis. 2018’s Jebi and 2019’s Hagibis both caused significant insurance and reinsurance market losses, in the $10bn+ ranges.

For Kyushu, Nanmadol could have even worse impacts than those two storms, the official warned. At its current expected landfall intensity, typhoon Nanmadol could easily be in the top-ten strongest storms to impact Japan on record.