Analysis on the performance of 18 reinsurance companies during the first-half of 2017, by the Reinsurance Association of America (RAA), highlights further deterioration of combined ratios and rising loss ratios. 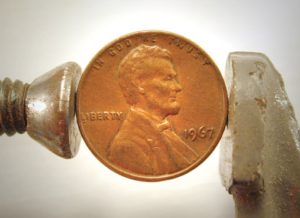 The reinsurance market remains very competitive and rates are consistently falling across the majority of business lines, challenging underwriting profitability at a time when investment gains are muted by the ongoing, low-interest rate environment.

At the same time, the group’s loss ratio deteriorated further in the first-half of this year, to 72.8%. This is compared with 69.8% in the same period last year.

Despite overall, global catastrophe losses remaining below averages in 2017, the U.S. has experienced some severe convective storms so far this year, which is likely some of the reason for increasing loss ratios amongst the group of 18 U.S. reinsurance companies covered by the RAA in its latest release.

As a result of the softening landscape and reduced profitability on both sides of the balance sheet, reinsurers have been looking to cut costs and improve efficiency, and this was again evident in the opening six months of this year. The group’s expense ratio declined from 24.9% in H1 2016 before increasing to 25.9% at year-end, and then contracting again to 24.3% for the first-half of 2017.

This was mainly driven by National Indemnity Co., which recorded an other income loss of $5.89 billion in H1, and an overall net loss of more than $1.3 billion, according to the RAA data and analysis.

The group of reinsurers, in light of the huge other income loss and a $1.05 billion Fed. & Foreign Inc. Tax loss in the first-half of 2017, recorded a net income loss of $285.84 million, compared with a net income gain of $4.2 billion for the same period last year.

With the global reinsurance market expected to be under significant pressure for the remainder of 2017 and into next year, it’s likely that combined ratios across the group will deteriorate further, as firms fight for market share while rates continue to fall and losses remain fairly benign.

Cyber insurance rates and prices in the United States declined for the second consecutive quarter in Q2 2017, as the...