Prime Minister Theresa May has now triggered Article 50 signalling the start of the UK’s process of leaving the European Union (EU) and, for insurers and reinsurers communication is an essential part of embracing the changes and ensuring the UK re/insurance industry thrives post-Brexit, according to PwC. 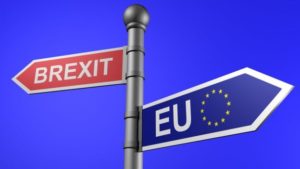 Commenting on the triggering of Article 50, March 29th 2017, PwC’s UK insurance leader, Jim Bichard, underlined the importance of negotiations over the coming months for the UK insurance sector and the broader re/insurance industry that operates in the UK.

Bichard says that a number of insurers and reinsurers have used the months following the Brexit vote to develop plans for the future, which he expects to come to fruition in the coming months.

While it’s unclear exactly what Brexit means for the UK insurance and reinsurance industry and London’s position as a global re/insurance hub, a number of companies had already signalled the establishment of an EU subsidiary post-Brexit, including the specialist Lloyd’s of London marketplace.

“It is vitally important for insurers to continue communicating regularly with the government, regulators and trade bodies to ensure negotiations with the EU include actions to preserve a healthy and vibrant UK insurance market.

“The UK is a truly global insurance hub. By embracing the changes brought about by Brexit, I am confident it will continue to thrive,” said Brichard.

Jane Portas, insurance regulation partner at PwC, also commented on the triggering of Article 50; “The UK’s insurance industry is incredibly robust and has gone through huge amounts of regulatory change in the past few years. Solvency II and the Insurance Distribution Directive are two key areas on which the industry will be looking for clarity in the coming months.

“If changes are made to existing and planned regulation, the industry will expect the government to do everything possible to ensure the UK gains some form of mutual recognition allowing for equivalence, and that it remains a global hub for insurance including participation of EU insurers.”

One of the largest commercial lines underwriters in the U.S., W.R. Berkley Corporation, has revealed an expected $30 million pre-tax and...