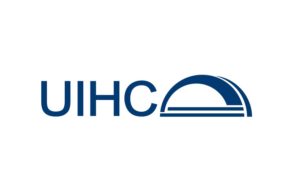 United says the coverage and terms within the quota share agreement are unchanged for the extension period but that it intends to disclose any future changes concurrently with the renewal of its other catastrophe reinsurance programs around 1 June 2019.

Effective 1 January 2019, United also renewed its aggregate excess of loss reinsurance agreement, which is a fully collateralised arrangement with a single private reinsurer.

Under this agreement, United will retain, in the aggregate, 100% of those losses up to 5.75% of the covered companies’ gross earned premium.

The reinsurer will then be liable for all losses excess of 5.75% of the covered companies’ gross earned premium in the aggregate not to exceed $30 million over the term of the treaty.

Recoveries under this treaty will be calculated quarterly based on the cumulative year-to-date gross earned premium.

United and its subsidiaries also renewed “all other perils” catastrophe excess of loss reinsurance, with private reinsurers all rated A- or better by A.M. Best, which provides $85 million of coverage excess of $15 million per occurrence, to reduce United’s losses from cats other than named windstorms and earthquakes.

The agreement provides $2.5 million of limit excess of $1.5 million to limit the Company’s personal property exposure to non-catastrophe losses from any one claim. The reinsurer’s maximum liability for all losses during the treaty period is $7.5 million.