Up to 85% of insurtechs could fail, says Starr CEO Greenberg

Maurice R. Greenberg, Chairman and Chief Executive Officer (CEO) at Starr Insurance Companies, believes that up to 85% of budding insurtech firms are likely to fail. 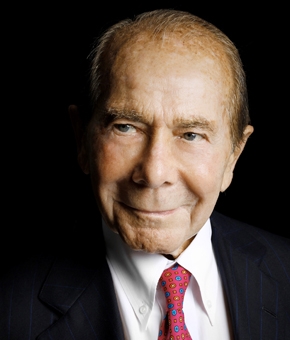 Speaking in an interview with AM Best TV, Greenberg explained that Starr was embracing technological change via investments into new start-ups, but remained realistic about their chances of success.

“We’ve invested in some companies. Some are successful some are disappointed,” he said. That’s not to be unexpected.”

“I would say about 15-20% of the ones we have looked at have something to offer,” Greenberg added. “Most of the others I think will be failures.”

The Starr CEO said the company was looking at different organisations all the time and is pleased with the insurtechs it’s invested in so far.

He told AM Best that it was bringing new efficiencies across various classes of business, and maintained that technological change would ultimately be a tremendous asset to the re/insurance industry.

“I do not resist change, because it is extremely important to our business and is constant,” Greenberg said. “If a company resists change, the likelihood that it will be successful is doubtful. Change has an effect on our business and it is usually for the better.”

Greenberg also noted that technology had aided Starr’s operations in the Chinese market.

“I would say that on the commercial lines side, Starr brings knowledge that many Chinese insurance companies do not have in underwriting,” he suggested.

“On the personal lines side, there are some opportunities different than are here in the United States. For example, technology is going quite well in China, as is online marketing. You have to operate to fit the country that you operate in.”

Climate change, cybersecurity risks, and geopolitical instability are viewed as the three emerging risks most likely to have a significant...