New legislation has been signed into law by Vermont Governor Phil Scott providing U.S. insurers that conduct business in offshore jurisdictions with a more favourable onshore reinsurance alternative, following the imposition of the Base Erosion Anti-Abuse Tax (BEAT) on reinsurance ceded to offshore subsidiaries. 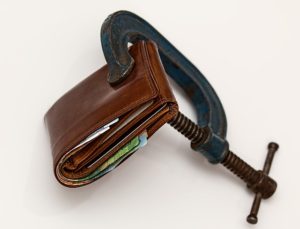 Governor Phil Scott said, “I’m proud that we were able to work quickly and collaboratively to pass a bill that creates a viable alternative for companies conducting these types of transactions while also maintaining our high regulatory standards and providing a fiscal benefit to the state.

“This bill represents our state’s ability to adapt quickly to regulatory changes in support of this industry. Vermont’s financial services industry is highly sophisticated, and our team of captive insurance professionals is well-equipped to regulate these types of complex transactions.”

“The industry approached us with a need for an onshore alternative,” added David Provost, Deputy Commissioner of Captive Insurance. “It’s something we’ve been considering for some time, but the imposition of BEAT taxes on foreign reinsurance made the timing critical. These companies are akin to a hybrid between captives and traditional insurance. Like captives, they will be limited to reinsurance of affiliates, but they will be regulated in accordance with NAIC accreditation standards like a commercial reinsurer would be.”

“In the wake of recent federal tax changes, we quickly identified an opportunity for Vermont as it pertains to offshore reinsurance transactions. Because of Vermont’s scale and the close working relationship we have with our state legislature, we were able to capitalise on being the first state to provide this type of reinsurance alternative,” concluded Ian Davis, Director of Financial Services.

Following over four years of consecutive quarterly declines, global commercial insurance prices increased, on average, during the first-quarter of 2018,...