Voce Capital Management, owner of approximately 5.8% of Argo Group’s shares, has put forward five independent candidates for its Board of Directors two weeks after claiming Chief Executive Officer Mark E. Watson III has been perpetuating “shockingly high and shockingly inappropriate” expenses for the past decade. The nominations have since prompted Argo’s Board to issue a response. 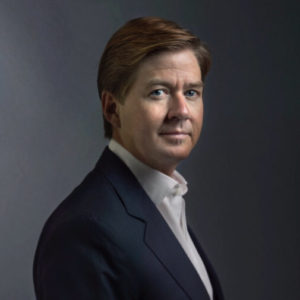 Voce, whose 1.9 million shares in Argo make them the fourth-largest shareholder, had originally argued that the company’s apparent sub-par average return on equity (ROE) of less that 6% over the past ten years has been driven by gross misallocations of capital on “wasteful items and frivolous vanity sponsorships” at the expense of shareholders.

In a response released the following morning, Argo’s Board accused Voce of ignoring the firm’s track record of “strong value creation for all shareholders.”

Now, along with claims from Voce that Argo has “failed to meaningfully address a single one of the many examples of misuse of corporate assets,” the company has put forward five names it believes can help “Right the Ship” at Argo.

Voce has even gone so far as launching a website at which shareholders can, “receive additional information about the Nominees and Voce’s campaign for shareholder value at Argo.”

Argo has since responded with a statement stating its Board is committed to working in the best interest of all shareholders.

Argo’s Board points out that its Total Shareholder Return (TSR) has outperformed both peers and the S&P 500 over the past one, three, and five years; adding that the company returned in excess of $645 million of capital to shareholders from 2010 to 2018.

“Voce’s misleading attacks are designed to grab attention, but do nothing to build shareholder value, which the current Board has proven it can do. We look forward to updating our shareholders on our continued strategic and financial progress.”

The adoption of the European Commission’s final acts amending the Solvency II delegated regulation show a “lack of progress” on...