Insurers’ anticipatory price cuts in response to claims savings expected from the UK’s proposed whiplash reforms may have been premature following the government’s abrupt decision to delay changes by an entire year, from April 2019 to April 2020. 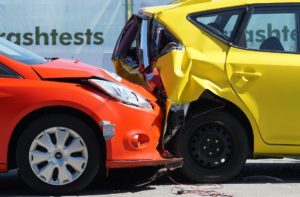 The government’s decision to delay the Soft Tissue Injury Claims reforms – commonly known as whiplash reforms – came after reservations were raised by the Justice Committee.

“The small claims limit for personal injury should not be increased unless ministers can explain how it will make sure that access to justice is not affected,” said Bob Neill MP, chair of the Committee.

The reforms will see claimants handle, likely without representation, their claims online via an online platform. Following statements by the JC the government determined that more time was needed to allow for proper testing.

It’s believed that the current soft motor insurance pricing – estimates range from -11% Y/Y to 8% Y/Y – could now result in further downward pressure on margins in 2019-20.

On the other hand, this may mean that insurers will now reflect this delay in their pricing dynamic, potentially resulting in motor insurance prices stabilising, or perhaps even increasing again later this year.

Additionally, the government has repeated again its intention to develop an “effective means for reporting” to ensure that the insurance sector has passed the benefit of these reforms – 7% of average premiums – on to consumers.

There’s an acknowledgement that small personal injury claims take up to three years to settle so it will be reasonable to expect that insurers will take some time to pass on this benefit over to customers.

However, there is no recognition of the fact that insurers may have started to pass the expected benefit on to the consumers already. Therefore there is a risk that despite current deflation, insurers would be compelled to provide further discounts once the reforms are implemented.

It’s still unclear whether reinsurers have followed suit and dropped their own rates in response, if not they risk  eroding profits.

Ascot, a Bermuda headquartered insurance and reinsurance firm, has launched a new trade credit insurance division and has appointed Doug...