Morgan Stanley has released an insured loss estimate of between $5 billion and $15 billion for damages relating to Hurricane Florence, which made landfall in North Carolina on Thursday night, and has suggested that losses could support property and casualty (P&C) re/insurance pricing. 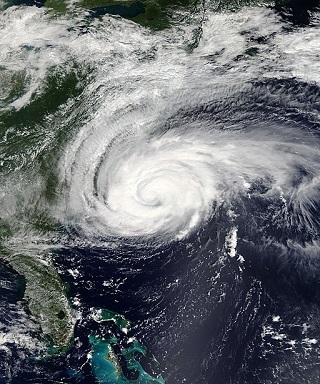 Florence was downgraded from a Category 4 to a Category 1 storm by the time it made landfall, although the hurricane still battered North and South Carolina with sustained wind speeds of around 80mph, storm surges up to 10 feet high, and record rainfall of up to 40 inches.

Morgan Stanley estimates that the majority of insured losses will result from flooding to homes and businesses, and based its preliminary analysis on comparisons with Hurricane Harvey, which caused industry losses of around $30 billion, including $10 billion for the National Flood Insurance Program (NFIP).

The firm expects insured losses from Florence to be significantly lower than for Harvey, due to factors such as lower population density, lower levels of rainfall, a lower NFIP flood insurance take-up rate, and the fact the Florence made landfall as a weakened Category 1 storm.

It added that Florence losses could support P&C pricing on the margin and help to mitigate some of the pricing pressure at January 2019 renewals, which are expected to be flat to down -5%, according to Morgan Stanley.

However, the U.S P&C industry maintains a strong $700 billion balance sheet, and results of our recent reinsurance market survey suggest that it would take a catastrophic loss of more than $200 billion to drive a meaningful turn in market pricing.

Morgan Stanley also stated that individual company exposures are likely to be manageable, as standard homeowners’ policies do not typically cover flood damage, which is covered by NFIP policies purchased separately.

If NFIP losses exceed $4 billion, 28 reinsurers will share up to $1.5 billion in claims, and the NFIP has an additional $500 million coverage from alternative markets if flood claims exceed $5 billion thanks to its FloodSmart Re catastrophe bond, issued in August 2018.

Business interruption costs could also contribute significantly to insured losses, Morgan Stanley suggested, noting that Duke Energy had restored power to more than 830,000 customers out of 1.3 million total outages as of Sunday afternoon.