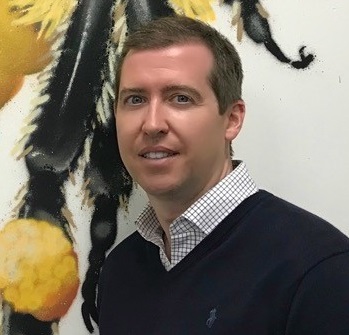 Bines joined AFL in April 2018 as Chief Commercial Officer, having arrived from JLT, where he was a Senior Partner for Specialty Property & Casualty.

He has 20 years’ experience in the insurance industry and has previously held roles at Marsh and Integro Insurance Brokers.

In his new position, Bines will be responsible for leading AFL UK’s wholesale and retail operations, supported by Corporate Director Mike Almond and Chief Financial Officer Chris Gagg, as well as the rest of the global leadership team.

His appointment will take place ahead of the launch of a new AFL platform in North America, which is planned for later this year.

AFL Co-Founder and current CEO Bob Finch will relocate to the U.S, becoming CEO of AFL North America, an operation which will support the creation of new independent MGA businesses, and new product lines.

“Since joining AFL, Jonathan has quickly built a reputation for delivery,” said AFL Chairman Toby Esser. “His promotion to UK CEO is a reflection of his focus on outstanding service for AFL’s clients and partners, keen eye for commercial opportunities, and commitment to operational excellence – attributes which will be invaluable going forwards.”

“We see excellent opportunities in North American markets, particularly through MGA operations, and AFL plans to expand its presence significantly in this space,” he continued.

“I know Bob relishes the opportunity to lead the North American business, and we look forward to announcing further details on this new platform in due course. For the time being, I’d like to congratulate Jonathan and Bob on these exciting and well-deserved moves.”

Finch also commented: “The UK operations are in very safe hands with such an experienced and capable management team led by Jonathan.

“At the same time, we see building our presence in North America as a natural evolution for AFL as we look to increase the flow of long term business into London … It’s an incredibly exciting prospect, for both myself and AFL, and I am very much looking forward to leading this drive.”

Bines added: “I am delighted to be taking up the role of UK CEO to further drive and enhance our operations in London and Manchester, and now that the company also has a tremendous opportunity to grow further and diversify on the international stage I look forward to working with Toby, Bob and the rest of the global team. ”