AJG agrees terms to take 100% ownership of Capsicum Re

Arthur J. Gallagher & Co. (AJG) has announced that it has agreed heads of terms to pursue the necessary transaction to take 100% ownership of reinsurance specialist brokerage Capsicum Re. 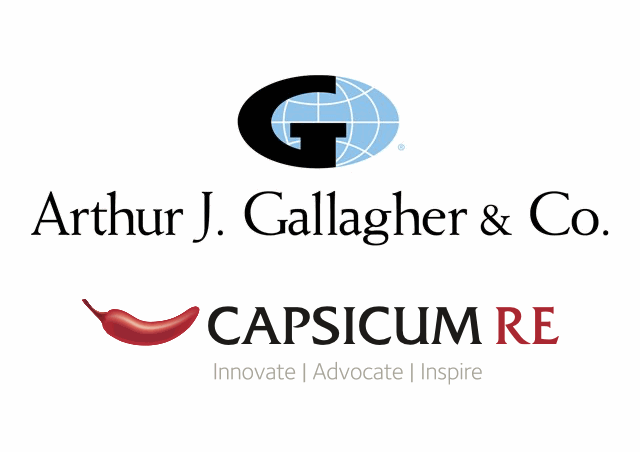 The transaction has been in the offing, as time was running out on an option that AJG had to expand its existing stake in Capsicum Re.

The full-service global reinsurance broker outlet was formed by Grahame Chilton and Rupert Swallow in 2013 as a joint-venture with the support and backing of AJG.

AJG said this evening that it has agreed and signed heads of terms with Capsicum Reinsurance Brokers LLP, with the agreed terms set to allow Gallagher to increase its investment in Capsicum Re up to 100% ownership.

Exclusive negotiation between the two parties is now set to continue and any transaction remains subject to the receipt of necessary approvals and the execution of relevant agreements.

Capsicum Re also said it is pleased to confirm that terms have been agreed.

Capsicum Re has been able to expand and secure a position as an alternative to the major reinsurance brokers, alongside a number of other mid-sized specialists in the market. The backing of AJG has supported its growth.

In moving 100% under the wing of expansive A.J. Gallagher, Capsicum Re will benefit from further incubation to propel its growth and provide AJG with the reinsurance-related broking option to further enhance its range of client services.

Both parties said that at this stage they would not comment any further on the potential deal.