The CCRIF SPC (formerly the Caribbean Catastrophe Risk Insurance Facility) has announced that as of June 1st, all of its Caribbean members have renewed their parametric insurance coverage for the 2019/2020 year. 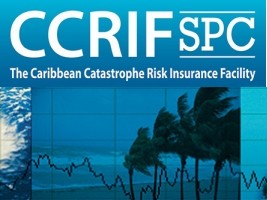 In fact, the CCRIF SPC reveals that nine Caribbean Governments decided to expand their level of coverage for at least one of their policies, while one country purchased parametric insurance protection for an additional peril (tropical cyclone) that it did not have in place the previous year.

The CCRIF SPC provides its members with parametric insurance protection against hurricanes, earthquakes and excessive rainfall in the Caribbean and Central America. The 2019/2020 renewal ensures that all of its members are protected for another year ahead of the 2019 Atlantic Hurricane season.

As well as some of its members increasing their level of protection, the CCRIF parametric risk pool has provided its members with two new policy features, the Aggregate Deductible Cover (ADC) and Reinstatement of Sum Insured Cover (RSIC).

The former addresses the potential for an event to occur that causes significant damage but is insufficient to trigger a payout under the CCRIF policy. The ADC can result in a minimum payout for these types of events, explains the CCRIF.

The risk pool states that the RSIC provides access to protection during a policy year even when the maximum coverage limit is reached, which prevents insurance protection being exhausted early in the policy year.

The ADC and RSIC features are applicable to tropical cyclone and earthquake policies, and have been made available at no extra cost for 2019/2020, having first been introduced in 2017.

Both of the organisation’s earthquake and tropical cyclone policies for 2019/2020 are based on a new catastrophe risk model called SPHERA, (System for Probabilistic Hazard Evaluation and Risk Assessment) which leverages the latest scientific findings and most updated hazard sets. New features include up-to-date ground motion, wind and storm surge models; a larger and more detailed stochastic catalogue of events; a more detailed exposure database, including infrastructure and facilities; and new, updated vulnerability functions.

At the same time, the CCRIF current excess rainfall policies are based on the new XSR 2.5 model, an upgrade on the model used in 2018 that includes features that lower basis risk and improve its results, says the CCRIF.

“CCRIF is pleased that some member governments have increased their coverage. Increasing the level of coverage is a key component of CCRIF’s scaling-up strategy, which also includes increasing membership in both the Caribbean and Central America, as well as offering new parametric products as a means of helping governments reduce post-disaster resource deficits and budget volatility as well as closing the protection gap,” explains the CCRIF.

CCRIF membership now stands at 21, with the majority (19) of these being in the Caribbean and the remaining two in Central America.

To further build on its expansion efforts, the CCRIF has also noted that it is offering new parametric insurance solutions for drought and fisheries/aquaculture to select countries in 2019/2020, and is in the process of developing solutions for both agriculture and public entities.

Barney Schauble, Managing Principle at Nephila Advisors, has urged the re/insurance industry to utilise new products and data in tackling...