Allianz appoints Iván de la Sota to Board of Management

The Supervisory Board of Allianz SE has announced that Iván de la Sota is to join the company’s new Board of Management division, and will assume the role of Chief Business Transformation Officer. 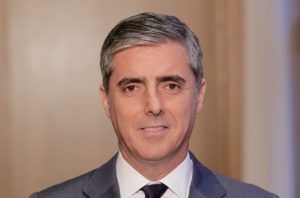 De la Sota has already been with Allianz for 27 years. He is currently Chief Executive Officer (CEO) of the Iberian and Latin American region, and has previously held the position of CEO of Allianz Spain.

Michael Diekmann, Chairman of the Supervisory Board of Allianz SE, said: “By introducing this board function, Allianz emphasizes the importance of developing future-ready business models. Iván de la Sota has mastered such challenges several times before and has the capabilities to continue this on the group level.”

“He will be able to build on the strong foundation laid by Solmaz Altin, who as Chief Digital Officer implemented our Digital Agenda over the last two years.”

“Significant opportunity” for insurers to benefit from alternative investments: Fitch

Rating agency Fitch has highlighted “significant opportunity” for insurers to build their investment exposure to other asset classes through arrangements...