US primary insurer Allstate has successfully filled out a $400 million gap fill layer of protection in the per occurrence tower for its Nationwide excess catastrophe reinsurance program, while also significantly expanding its Florida coverage.

The company recently disclosed that it had eroded $253 million of its 2019-1 Sanders Re II catastrophe bond, leaving just $47 million of the $400 million limit remaining, given that only 75% of it was placed.

In order to replace this protection, Allstate has since filled out the gap with $250 million of coverage from a new 2021-1 Sanders Re II bond, and a single-year term contract that provides a $132 million limit in excess of the minimum $3.750 billion retention. 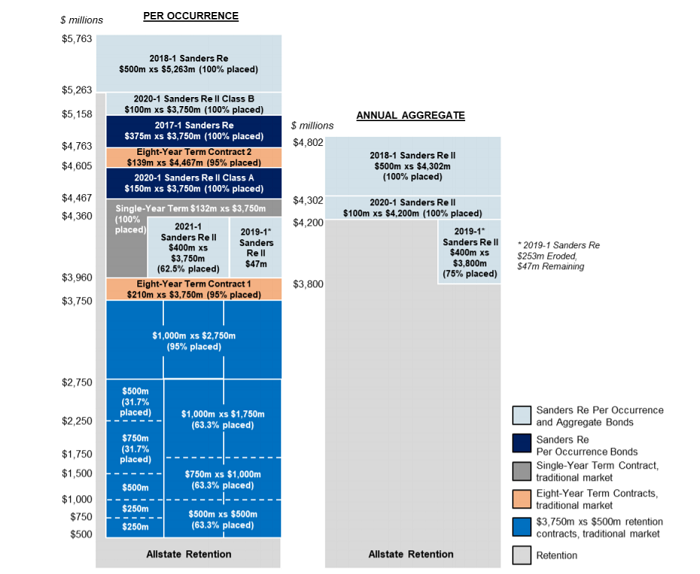 Allstate announced earlier today that it recorded net income of $1.6 billion for the second quarter of 2021, up from $1.2 billion for the same period last year, boosted by improved investment income results.

As in the Q1 update, Allstate’s Nationwide program provides coverage on up to $5.763 billion of losses, after a $500 million retention, up from just under $5 billion last year, with some other expanded layers adding in total roughly $770 million of reinsurance.

In addition, Allstate revealed that it has increased the number of contracts in its Florida excess catastrophe reinsurance program to ten contracts covering up to $1.24 billion, up from four contracts coving up to $633 million last year. 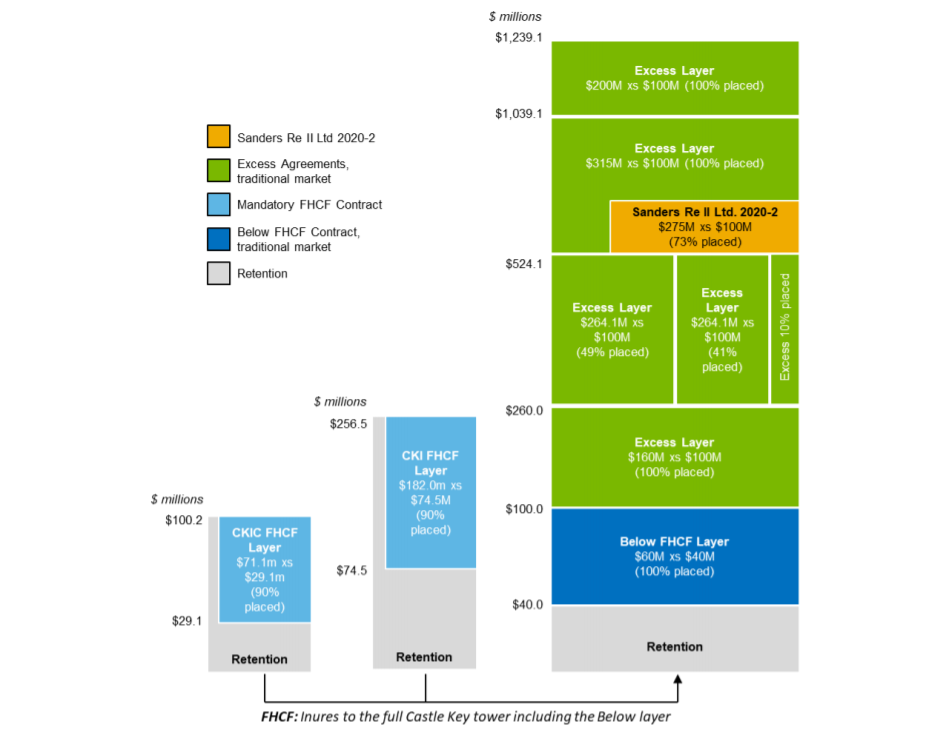 Moody’s to acquire RMS for $2bn

Moody's has entered into an agreement to acquire catastrophe risk modelling firm RMS for approximately $2.0 billion from Daily Mail...