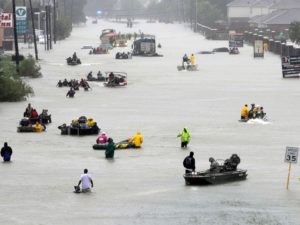 Credit Suisse analysts explained that Allstate has a roughly 13% market share across auto and homeowners in Texas, data which it used for its estimated personal lines hit from the storm.

According to the note, the estimate is larger than that implied by the total loss that was recently announced by The Progressive Corporation, which Credit Suisse analysts said pointed to a total auto and homeowners hit of $2.9 billion.

Clearly, and unsurprisingly owing to the complex impact of the event, it is going to take some time for the actual economic and re/insurance industry loss is understood from hurricane Harvey.