The insurance-linked securities (ILS) sector is poised to resume growth following a plateau in 2018, according to a new report by Aon, which found that catastrophe bond levels had remained consistent year-over-year despite challenging market conditions. 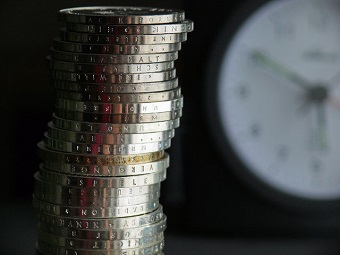 Aon established that $5.4 billion of catastrophe bonds, including life and health, were issued in the 12 months up to June 30, 2019.

The amount of alternative capital in the re/insurance market, meanwhile, stood at $93 billion, representing a decrease of $5 billion from the preceding year, mainly due to a reduction in the collateralized reinsurance segment.

Prior to 2017, only seven cat bond classes of notes had been impaired, with loss totalling $900 million, Aon noted.

But following the hurricanes, earthquakes, wildfires, typhoons and winter storm events of the last two and a half years, the market endured anticipated impairments of 25 notes, leading to anticipated bond losses of $1.25 billion.

This concentrated level of loss has had a dramatic impact on capacity, collateral treatment, pricing, and investor sentiment in the year under review, the broker explained.

“In the wake of the recent losses, the suite of ILS transactions and the mechanisms by which they respond have been under the spotlight to a degree not seen before in the sector,” said Paul Schultz, Chief Executive Officer of Aon Securities.

“The 12-month period reviewed in this report has been educational for market participants, as well as reassuring, due to impaired bonds responding as designed,” he continued.

“After this period of contraction, we expect alternative capital to resume its upward growth momentum later this year and into 2020.”

In the 12 months up to June 30, 2019, Aon found that $2.71 billion in limit was secured through the 21 sidecar transactions that came to market, seven of which were launched by new sponsors, and 14 were renewing entities.

At the same time, the estimate for in-force industry loss warranties’ (ILW) limit stood at $6 billion, with capital markets investors continuing to be a major driver in the ILW space, both as purchasers of limit and as suppliers of capacity.

It is the smaller reinsurance firms that cannot take advantage of current market conditions and rate firming which are the...