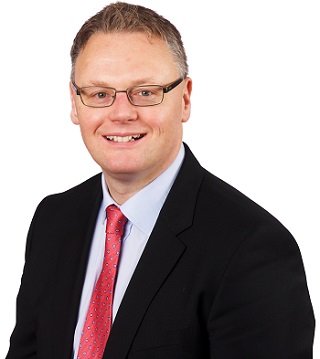 Greensmith will take over from Paul Jardine, who is due to leave XL Catlin later this year. He will be tasked with developing the strategy of the two operations, in addition to operating as regional Leader, UK in project and helping to redefine the activities of AXA XL in the UK as the division takes shape.

AXA and XL Group revealed the branding for their combined operations in July, and AXA recently announced the completion of its $15.3 billion acquisition of the Bermudian P&C re/insurer.

He began his career in 1997 as a property underwriter on multinational programmes business at RSA, before becoming Group Strategy Manager in 2001.

Following this, Greensmith served at Lloyd’s as Manager of its Strategy & Planning Department, before re-joining RSA in 2005 as the Strategy & Marketing Director for its UK Commercial division and becoming manager for the firm’s Multinational & Specialty Lines division in 2008.

Kelly Lyles, Chief Executive, Client and Country Management at AXA XL commented on the appointment: “Paul has a proven track record and the ability to balance both the long-term strategic view with the day-to-day requirements needed to fulfil the role of CEO for these entities.”