Benchimol to continue as AXIS CEO for a further 5 years

AXIS Capital Holdings has revealed that it has extended the employment term of its President and Chief Executive Officer (CEO), Albert Benchimol, for an additional five years. 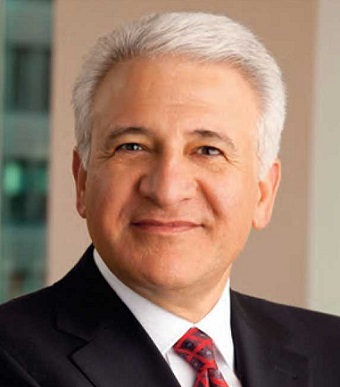 Benchimol was appointed as President and CEO of AXIS in May 2012 and has served as a director since January 2012.

He joined the company as Executive Vice President and Chief Financial Officer in January 2011.

AXIS has now confirmed that Benchimol will continue to lead it as CEO until at least December 31, 2023, following the extension of his term.

Prior to joining AXIS, Benchimol served as Executive Vice President and Chief Financial Officer at PartnerRe from April 2000 to September 2010, and as CEO of PartnerRe’s Capital Markets Group business unit from June 2007 to September 2010.

Previously, he also spent 11 years as Senior Vice President and Treasurer at Reliance Group Holdings, and was with the Bank of Montreal from 1982 to 1989.

The extension of Benchimol’s term was revealed alongside Cheryl-Ann Lister’s decision to retire from AXIS’s Board of Directors as of December 31, 2018.