Bermuda to attract M&A and start-up activity in 2018: Fitch Ratings

Fitch expects further Bermuda M&A activity in 2018 as entities seek out ways to manage the challenges of the continued competitive market environment under the additional strain of the recent catastrophe losses. 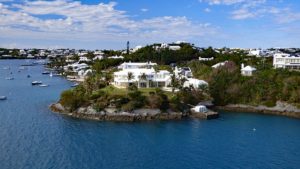 Bermuda market M&A has often centered on non-Bermuda companies buying into Bermuda as a way to deploy capital abroad and grow business outside their core markets and regions, however, the market has also attracted re/insurance start-ups for both traditional and alternative market companies.

Recent significant Bermudian start-ups include Ascot Reinsurance Company and Langhorne Re – both were launched in partnership with more established re/insurers to reduce the challenge of attracting new business and lessen operational risk issues.

Foreign buyers have often viewed Bermuda as an attractive link to the U.S. and London markets, Fitch noted that the foreign buyer trend “began in 2016 with the purchase of PartnerRe by EXOR N.V., an Italian-based listed investment company and the purchase of Sirius International Group, by China Minsheng Investment Group Corp.”

These transactions have reduced the number of independently owned and publicly traded Bermuda re/insurers.

A further factor driving M&A’s is the fact that Bermudian re/insurers have been acquiring insurance service businesses to aid diversification.

Optimism over bottoming out of reinsurance rates could be “foolhardy”: A.M. Best

Some re/insurance industry experts and analysts have been extolling the much awaited possibility of a bottoming out of the re/insurance...