BMS Re Brazil adds Pedro Carvalho as Head of Fac

BMS Re, the specialist reinsurance broker, has announced the addition of Pedro Carvalho as Head of its Brazilian facultative department, effective immediately. 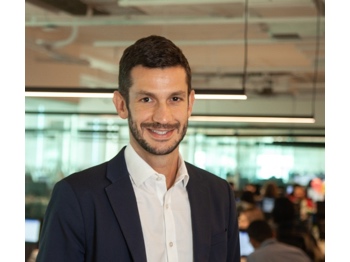 In his new role as Head of BMS Re Brazil’s fac unit, Carvalho will be based in São Paulo and will report to José Leão, Chief Executive Officer (CEO) of BMS Re in Brazil.

BMS Re launched in Brazil in late September and the appointment of Carvalho is a significant step in the reinsurance broker’s expansion into the country.

He brings more than 14 years of experience in the reinsurance market, having worked for large multinational firms such as Willis Towers Watson, Aon, and IRB Re. Recently, he served as the reinsurance director for MDS Re.

Commenting on his new role, Carvalho said: “Our mission is to provide our clients with innovative reinsurance solutions by using the group’s extensive technical skills, access to global markets, and operational excellence. I am extremely happy to join the BMS Re team.”

Leão added: “Pedro’s arrival will add more knowledge and value to the services provided by BMS Re in Brazil.

“I have always admired Pedro’s work, and his position will be extremely important in our customer service structure.”

Specialty insurer and reinsurer Brit Ltd has announced the completion of a loss portfolio transfer (LPT) agreement with run-off specialist...