Insured losses from the Camp Wildfire, which has burnt through roughly 110,000 acres and 6,700 structures in Northern California, are likely to be between $2 billion and $4 billion, with higher total economic losses, according to estimates from Morgan Stanley. 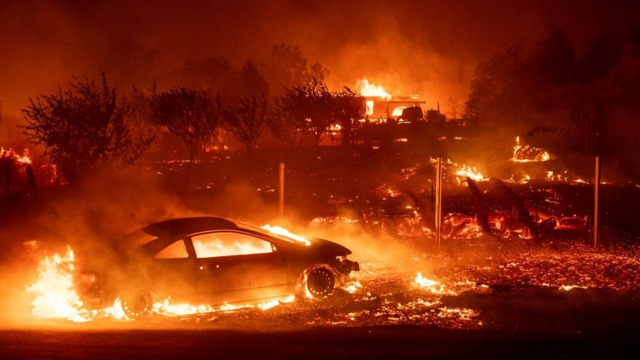 The Camp Wildfire became the most destructive in California’s history after devastating the town of Paradise in Butte County on Thursday. It spread rapidly due to strong winds and dry conditions after igniting on Thursday morning.

Morgan Stanley’s estimate is based on the mean property value of around $200,000 for Paradise, as well as the high insurance penetration in area, with fire losses covered under standard homeowners policies.

Although officials have not yet disclosed a cause for the Camp Fire, energy supplier Pacific Gas and Electric Company (PG&E) has been under scrutiny due to reports that its power lines in the area had experienced problems shortly before the fire ignited.

If PG&E equipment was at fault, under California law the company would be responsible for all damages, regardless of whether they were due to negligence, meaning re/insurers could be spared the full impact of the losses.

However, PG&E is also the beneficiary of insurance provided by the $200 million Cal Phoenix Re Ltd. (Series 2018-1) catastrophe bond, which provides third-party property liability insurance coverage for wildfire outbreaks in California.

Overall, Morgan Stanley felt that the wildfires would result in higher than average fourth quarter catastrophe losses for 2018, particularly after potential industry losses of up to $10 billion from Hurricane Michael, but said that these would be manageable for most re/insurers.

The firm said that companies most exposed to Camp Wildfire losses in its coverage included Allstate (with around 6.2% of market share) and Travellers (3.2%) for home insurance, and Travellers (10.0%), Chubb (7.1%) and HIG (5.2%) for commercial property insurance.

Morgan Stanley also suggested that, after two consecutive years of significant wildfire losses, the re/insurance industry will have to rethink the expected risk of this natural hazard, which could lead to higher pricing (for both primary and reinsurance) and lower risk exposure.